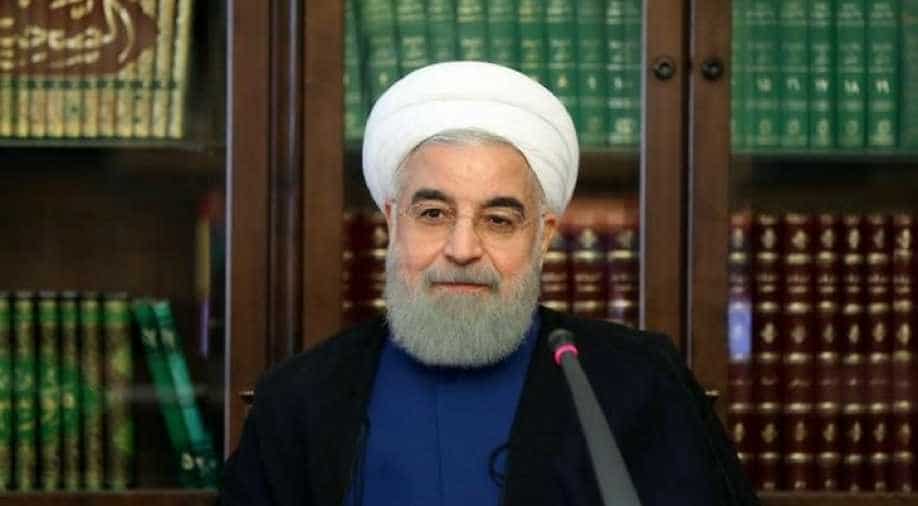 In October, Trump declined to certify that Iran was complying with the nuclear agreement reached among Tehran, the United States and other powers in 2015. Photograph:( Reuters )

Iran said on Tuesday US President Donald Trump cannot cause its nuclear deal with six major powers to collapse.

"The nuclear deal will not collapse... Those who hope that Trump will cause its collapse, are wrong," Iranian President Hassan Rouhani said in a speech broadcast live on State TV.

In October, Trump declined to certify that Iran was complying with the nuclear agreement reached among Tehran, the United States and other powers in 2015. His decision triggered a 60-day window for Congress to decide whether to bring back sanctions on Iran.

Congress passed the ball back to Trump by letting the deadline on reimposing sanctions on Iran pass last week. Trump must decide in mid-January if he wants to continue to waive energy sanctions on Iran.

Under the deal, nuclear-related sanctions imposed on Iran were lifted last year, in return for Tehran curbing its nuclear programme.

Iran has said it will stick to the accord as long as the other signatories respect it, but will “shred” the deal if Washington pulls out.