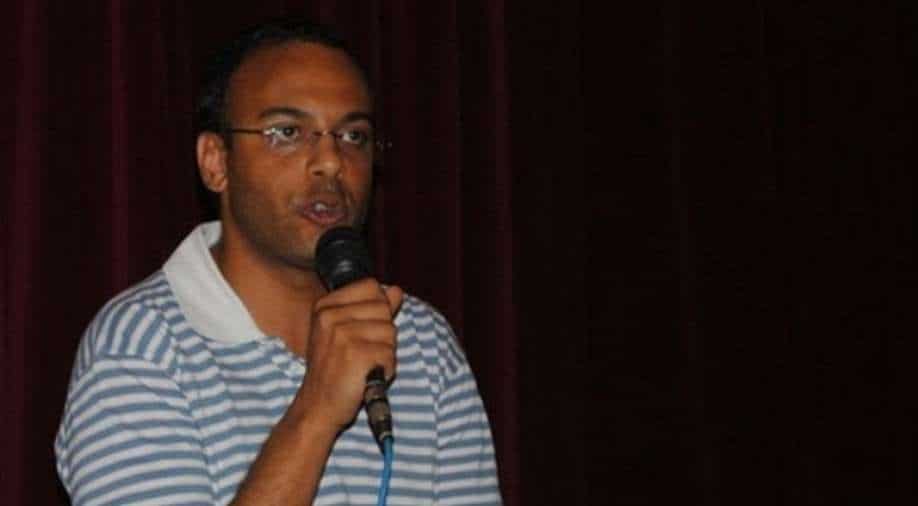 Adding another name to a growing list of activists, journalists and dissidents whom the state has aggressively targeted and sought to silence for years, lawyer, Hossam Bahgat has been convicted of spreading false news and insulting a government authority. Photograph:( Twitter )

This month, five activists and politicians, including a former member of Parliament, were sentenced from three to five years in prison, also on charges of spreading false news and using their social media accounts to undermine national security

An Egyptian court on Monday convicted a prominent human rights advocate and lawyer of spreading false news and insulting a government authority, adding another name to a growing list of activists, journalists and dissidents whom the state has aggressively targeted and sought to silence for years.

The penalty imposed on the lawyer, Hossam Bahgat, was relatively modest, but the prosecution was just the latest chapter in a legal odyssey that has brought him to near ruin. It began more than five years ago, when the authorities opened an investigation into his activities and subjected him to an open-ended travel ban that he says crippled his career and sent him into depression.

On Monday, Bahgat was spared jail time and fined about $650 — an outcome that experts said appeared calculated to serve two purposes: a guilty verdict that would intimidate government opponents into silence while simultaneously presenting a more reasonable face to the audience abroad by not imprisoning him.

“It gets harder, it doesn’t get easier,” Bahgat said as he walked out of the courthouse. “They think they can change the rhetoric and leave everything as is. And so far it’s working.”

As the host of a major global climate summit next year, COP27, the country’s president, Abdel-Fattah el-Sissi, is showing signs of growing increasingly conscious of global opinion when it comes to human rights.

But for all the appearance of a softer tone, the reality on the ground in Egypt remains grim for critics of his rule.

The conviction of Bahgat, who runs one of the few remaining independent human rights groups in Egypt, followed a series of convictions with harsher penalties than the one imposed on him.

In June, Ahmed Samir Santawy, an Egyptian researcher and graduate student of anthropology in Vienna, who was detained during a visit to Egypt and questioned about anti-government posts he had made on social media, was sentenced to four years in prison on charges of spreading false news.

And this month, five activists and politicians, including a former member of Parliament, were sentenced from three to five years in prison, also on charges of spreading false news and using their social media accounts to undermine national security.

More trials of other researchers, activists and bloggers are expected in the coming weeks.

Rights groups estimate that tens of thousands of dissidents who have been incarcerated in the past few years, many without a trial, still languish in Egyptian prisons.

The continuing trials and jailings of activists underscore the increasingly authoritarian direction the country has taken under the leadership of el-Sissi, who became president in 2014.

“I see darkness,” said Mohamed Anwar Sadat, a former head of the human rights committee in Parliament, who has more recently played an informal role mediating between civil society groups and the state. “We thought the trial would bring a better end to these cases and serve as a way out of the crisis, but we’re in shock.”

Bahgat, the founder and executive director of the Egyptian Initiative for Personal Rights, was on trial under a cybercrime law for a Twitter post last year accusing a government official who had presided over the elections authority of overseeing a fraudulent parliamentary election. The official was a judge who had died.

Monday’s conviction came shortly after el-Sissi made several announcements that had appeared to suggest the state would ease its stranglehold on political opposition and freedom of expression.

In September, he said that Egypt would honor all “obligations toward human rights and fundamental freedoms.” And in October, he declared an end to a 4-year-old state of emergency that had given the government and its security forces sweeping powers to crush dissent and detain citizens.

The announcements had led to some hope in Egypt that the country might be adopting a more tolerant approach that would allow civil society groups to operate without police harassment and the continuous threat of detention. Sceptics, however, pointed to the introduction of other laws that strengthened the grip of the authoritarian government and dismissed el-Sissi's assurances as hollow, made to fend off criticism from the West.

“That discourse seemed to signal an opening, but the reality shows the opposite,” said Khaled Ali, a former politician and lawyer who represents some of the activists still on trial. “It’s a huge contradiction.”

Going after Bahgat, critics said, is the latest evidence of a state that is not willing to let up on its efforts to quash free speech and the political opposition, often in the name of maintaining order and stability in a region rife with conflict.

US Secretary of State Antony Blinken said there were “issues of concern” in Egypt before the bilateral talks that took place earlier this month.

“Making tangible and lasting improvements on human rights is also essential to strengthening our bilateral relationship,” Blinken said, as he highlighted the issues he planned to cover with his Egyptian counterpart during the meetings. First on the list, and before human rights, was regional stability.

Bahgat is still embroiled in a separate criminal case against a number of non-governmental organisations and dozens of their members that the authorities have accused of receiving foreign funding illegally. He came under investigation in 2016 and has since been banned from travel and had his assets frozen.

Before Monday’s verdict, 46 human rights organizations, including Human Rights Watch and Amnesty International, issued a statement calling on Egypt to “cease the harassment and persecution” of Bahgat.

“This represents the unprecedented state of oppression that we’ve been living under,” said Nasser Amin, a former member in the National Council for Human Rights. “There are no practical or realistic measures that point to any real intention or desire to improve the state of human rights in Egypt.”