Germany: Lufthansa cancels 900 flights on Wednesday due to pilots strike 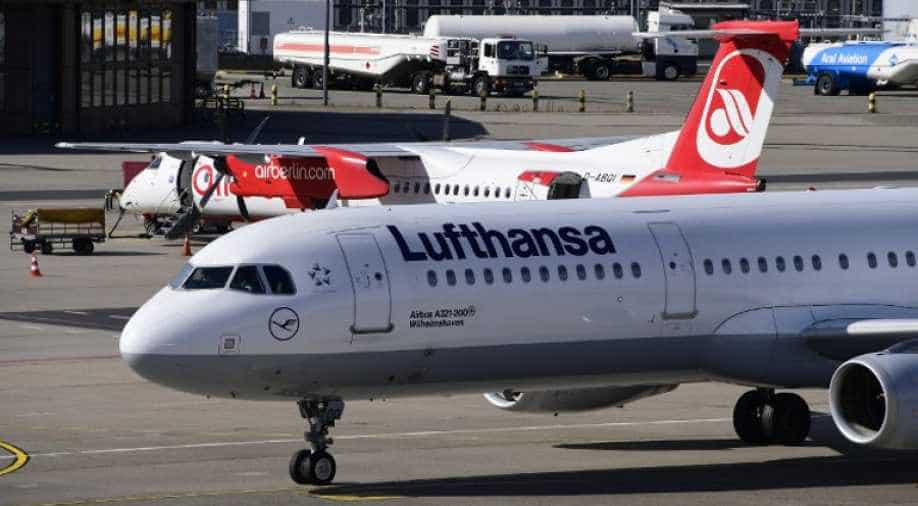 The walkout was called by Germany's biggest services union Verdi in a dispute over pay and working conditions. Photograph:( AFP )

A strike by cabin crew at Lufthansa's low-cost airline Eurowings led to the cancellation of more than 60 flights on Tuesday. Lufthansa also said it would cancel nearly 900 flights tomorrow because of a strike by pilots over a long-standing wage dispute.

The 24-hour stoppage, called by the pilots' union Vereinigung Cockpit, will start at midnight and affect Lufthansa flights at airports across Germany.

Today's walkout by cabin crew was called by Germany's biggest services union Verdi in a dispute over pay and working conditions. Duesseldorf airport, in western Germany, said in a statement that 52 of 94 scheduled Eurowings flights had been annulled, while a spokeswoman at Hamburg airport in the country's north said 14 flights had been scrapped.

Lufthansa said in a statement that of the roughly 3,000 planned short- and long-haul flights, 876 would be cancelled due to the strike tomorrow. About 10,000 passengers would be affected, it added.

The pilots are demanding a pay rise of an average of 3.66 percent per year, retroactive for the past five years. The company has offered a 2.5 percent wage hike.