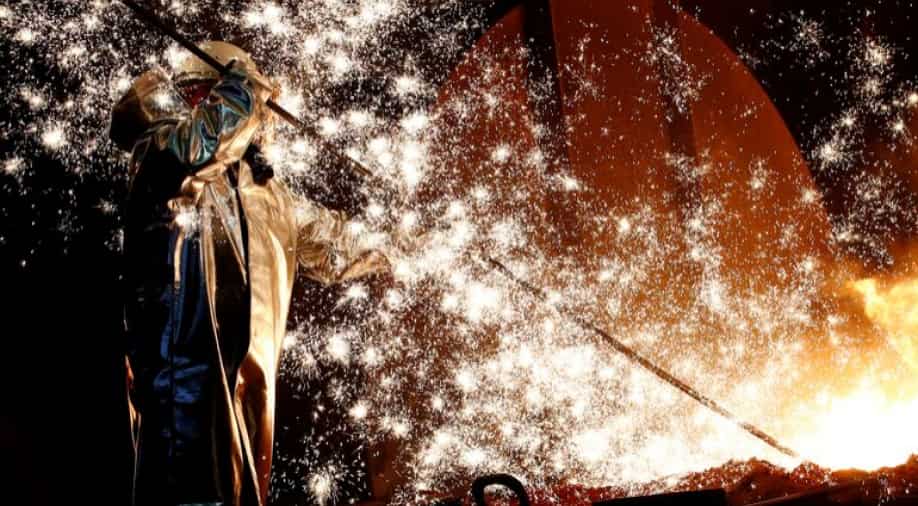 The economy shrank by 0.1 per cent in the second quarter, and recent data have pointed to continued weakness in manufacturing in the third quarter.

Contracts for 'Made in Germany' goods fell 0.6 per cent from the previous month, with demand for capital goods down 1.6 per cent the Economy Ministry said. The overall fall compared with a Reuters consensus forecast for a drop of 0.3 per cent.

"The German economy is in the midst of a recession. Today's data make that clear again," said Thomas Gitzel, an economist at VP Bank Group.

The economy shrank by 0.1 per cent in the second quarter, and recent data have pointed to continued weakness in manufacturing in the third quarter. Most economists define a recession as two straight quarters of contraction.

"The German government will probably come under growing pressure to give up its strict budget policy," added Gitzel.

The government has so far stuck to its balanced-budget policy, despite pressure from economists and other governments to spend more to boost flagging demand.

Finance Minister Olaf Scholz said last week that Germany would be able to cope with an economic crisis but added that he did not expect a downturn to be as bad as it was in 2008/2009.

"The weakness in demand in the industry continues," the Economy Ministry said in a statement accompanying Monday's data. "The industrial sector remains subdued for the time being."

Germany's export-reliant manufacturers are suffering from a slowing world economy and business uncertainty linked to a trade dispute between the United States and China as well as Britain's planned but delayed exit from the European Union.

Monday's weaker-than-expected data added to the sense of gloom around the German manufacturing sector.

A survey released last Tuesday showed the manufacturing recession deepened in September, with factories recording their weakest performance since the world financial crisis a decade ago.

Last Wednesday, leading economic institutes slashed their growth forecasts for the economy for this year and next, blaming weaker global demand for manufacturing goods and increased business uncertainty linked to trade disputes.

The institutes also called on Chancellor Angela Merkel's coalition government to ditch its budget policy of incurring no new debt if the growth outlook deteriorates. It has so far refused to do so.

But with the economy slowing and tax revenues waning, the fiscal room to counter a recession is getting smaller. At the same time, Germany's borrowing costs have turned into premiums, which means investors are actually willing to pay the state a bonus for being able to lend it billions of euros.