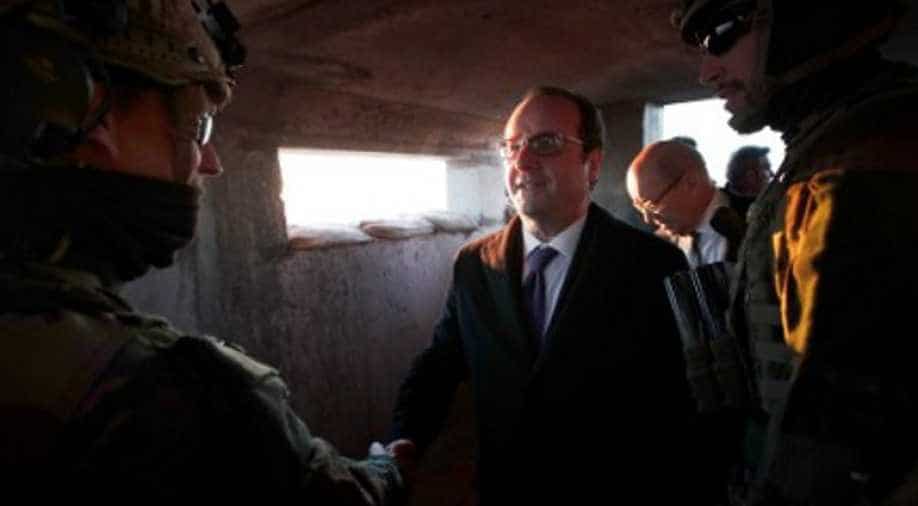 French President Francois Hollande shakes hands with a French soldier on the outskirts of the northern city of Mosul, on January 2, 2017. Photograph:(AFP)
Follow Us

French President Francois Hollande vowed that Islamic State would be beaten after a meeting in Iraq with Prime Minister Haider al-Abadi on Monday, as the militant group killed 24 people with a car bomb in a square in Baghdad.

Iraqi forces backed by a coalition of countries including France are currently fighting to push Islamic State from the northern city of Mosul, its last major stronghold in the country, but are facing fierce resistance.

"Daesh is retreating. And Daesh will be beaten," Hollande said using an Arabic acronym for Islamic State, adding that French military support in the march on Mosul was contingent on respect for the human rights of civilians.

The meeting with Adabi happened as Islamic State detonated a bomb in the Sadr City district in an attack that killed 24 people.

An online statement distributed by Amaq news agency, which supports the group, said the attack had targeted a gathering of Shi`ite Muslims, whom it considers apostates.