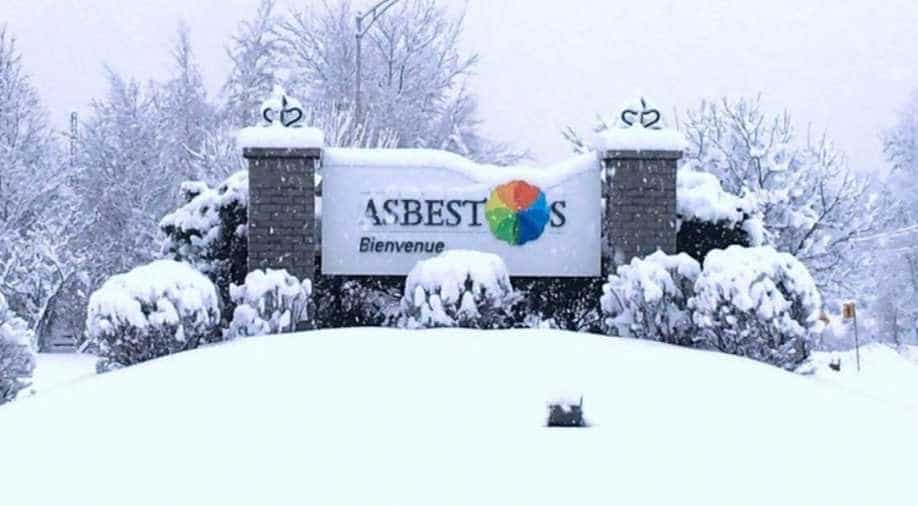 Asbestos, a town 100 kilometers from Montreal with a population of 6,700, is historically entwined with the nearby Jeffrey asbestos mine, which was active until 2012 and was the backbone of the local economy

Residents of the town of Asbestos in the Canadian province of Quebec have voted to rename their community in a move to distance it from the once-ubiquitous mineral now recognized as being extremely poisonous and linked to lung and other cancers.

Asbestos, a town 100 kilometers from Montreal with a population of 6,700, is historically entwined with the nearby Jeffrey asbestos mine, which was active until 2012 and was the backbone of the local economy

But the town decided to change its name mostly for economic reasons, after years of losing the PR war ever since asbestos, fibrous crystal mineral often used as building insulation, was declared cancer-causing by the WHO in the 1980s.

"The word 'asbestos' unfortunately does not have a good connotation, particularly in English-speaking circles. It is an obstacle to the city's willingness to develop outside economic relations," the town said in November 2019 following the decision to rename itself.

The new name was unveiled at a special municipal council meeting that was streamed live on the town Facebook page.

"Not only will our town change its name, but we did it in a unique way," said Mayor Hugues Grimard.

Last week, Asbestrians aged 14 and up were asked to vote by ranking names in order of preference among six choices: Val-des-Sources, Azur-des-Cantons, Jeffrey-sur-le-Lac, Larochelle, Phenix, and Trois-Lacs.

The possible names were proposed by the residents and had to meet several criteria, such as the name had to be in French and had to illustrate "the history of the city, but without the direct asbestos connotation."

Asbestrians will officially become Valsourcians in December, once their choice has been ratified by the appropriate authorities, the mayor said.