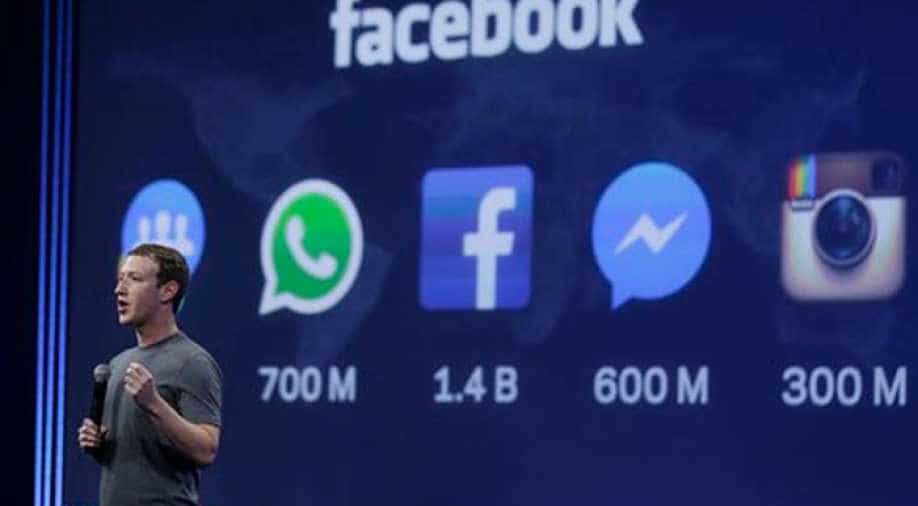 European Commission said it was the 'highest fine ever' imposed by them for breaches linked to a merger and would serve as a deterrent to others. Photograph:( Zee News Network )

The European Commission on Thursday fined US social media giant Facebook 110 million euros ($120 million) for providing incorrect and misleading information on its takeover of WhatsApp, imposing its biggest penalty linked to a merger.

"Today's decision sends a clear signal to companies that they must comply with all aspects of EU merger rules, including the obligation to provide correct information," EU Competition Commissioner Margrethe Vestager said in a statement.

"The Commission must be able to take decisions about mergers' effects on competition in full knowledge of accurate facts," Vestager said.

Facebook said in response that it cooperated with the Commission.

"We've acted in good faith since our very first interactions with the Commission and we've sought to provide accurate information at every turn," a Facebook spokesperson said.

"The errors we made in our 2014 filings were not intentional and the Commission has confirmed that they did not impact the outcome of the merger review. Today's announcement brings this matter to a close."

EU regulators cleared the then $19 billion Facebook acquisition of WhatsApp in late 2014, finding no reason to believe it would dampen competition in the burgeoning social media sector.

In its statement Thursday, the Commission recalled that the merger rules require companies to provide regulators with the accurate information essential to any review.

It noted that when Facebook notified the Commission of the acquisition in 2014, the company had said it would "be unable to establish reliable automated matching between Facebook users' accounts and WhatsApp users' accounts".

After launching a probe last year, the Commission "found that, contrary to Facebook's statements in the 2014 merger review process, the technical possibility of automatically matching Facebook and WhatsApp users' identities already existed in 2014, and that Facebook staff were aware of such a possibility."

The Commission said Thursday's decision and the fine would have no impact on its October 2014 clearance of the deal.

Commission spokesman Ricardo Cardoso said the fine was less than it would have been because Facebook cooperated.

Cardoso added it was nonetheless the "highest fine ever" imposed by the commission for breaches linked to a merger and would serve as a deterrent to others.