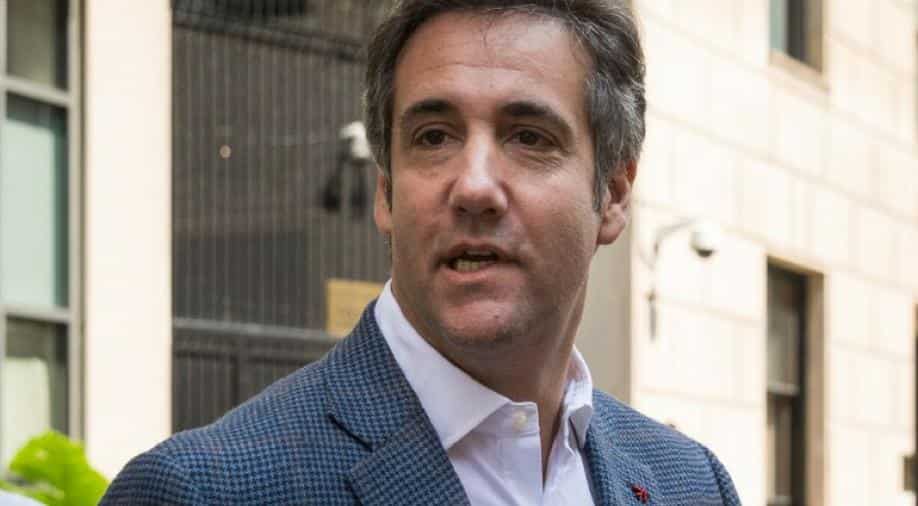 Cohen also 'remained in close and regular contact with White House-based staff and legal counsel' to Trump while preparing false statements to Congress about his contacts with Russia.

Michael Cohen, President Donald Trump's former personal lawyer, informed Trump about a conversation he had with the Kremlin seeking help to build a skyscraper in Moscow in 2016 during the US presidential campaign, according to a court filing.

Cohen also "remained in close and regular contact with White House-based staff and legal counsel" to Trump while preparing false statements to Congress about his contacts with Russia, Cohen's lawyer's said in the filing to a Manhattan federal judge late Friday.

Cohen is scheduled to be sentenced on December 12 after pleading guilty to tax evasion, making false statements to a bank, campaign finance violations, and lying to Congress.

Cohen has been cooperating with Special Counsel Robert Mueller's investigation into Russian interference in the 2016 US election and possible collusion with the Trump campaign and his lawyers asked in the filing that he avoid prison time. The White House did not immediately respond to a request for comment.

Cohen, a former member of Trump's inner circle who in the past called himself the president's "fixer,", admitted this week that he made false statements to two congressional panels about the Moscow project in a bid to remain consistent with Trump's messaging about Russia during the 2016 campaign.

Cohen had said in his statement to Congress that he had limited contact with Trump concerning the project, when in fact it had been more extensive. Cohen also said he falsely told Congress he never took any steps toward traveling to Russia when in fact he had discussed going there.

In Friday's court filing, Cohen said he kept Trump "apprised" of the "substantive conversation" he had with an assistant to a key Russian government official in January 2016 in which he sought help securing land and financing for the Moscow tower project.

Cohen also said he talked with Trump, referred to as "Client-1" in the filing, about traveling to Russia to pursue the project deep into the 2016 presidential campaign.

"He and Client-1 also discussed possible travel to Russia in the summer of 2016, and Michael took steps to clear dates for such travel," Cohen's lawyers said in the filing.

After Cohen's guilty plea on Thursday, Trump called Cohen a "weak person" and accused him of making up the story to receive a lesser prison sentence. Trump has repeatedly denied any collusion with Russia and criticized Mueller's probe as a politically charged witch hunt.