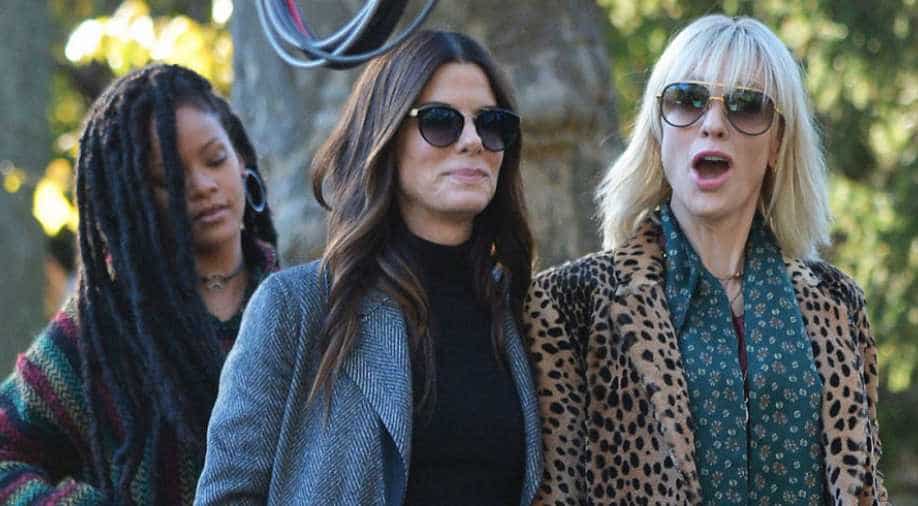 Barely over ten days left for its worldwide release, Warner Bros.’ latest offering “Ocean’s 8” is out with a new trailer and we tell you we are very excited about the film. What looks like a slick heist film with top Hollywood actors coming together to execute it, the film’s new trailer adds more stories to each character in the film.

At a time when Harvey Weinstein scandal has brought Hollywood to a standstill and started a debate around women participation and role in the entertainment industry, an all-female lead film "Ocean’s 8" has high hopes. In the film, Sandra Bullock stars as Debbie Ocean, a recently released convicted felon who has put together a team to steal an expensive piece of jewellery from celebrity Daphne Kluger, played by Anne Hathway during the high glamour celebrity fashion event, The Met Gala. To put things in perspective, Met Gala is one of the most-watched events of the world and obviously boasts of the most sophisticated security.

"Ocean’s 8" is scheduled to release on June 8. It is directed by Gary Ross, with George Clooney and Steven Soderbergh as the producers.