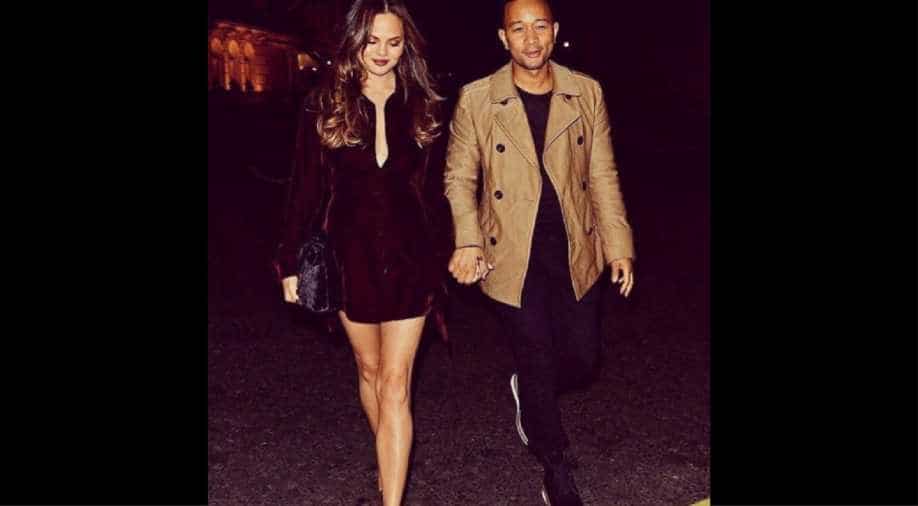 Chrissy Teigen wants her Twitter followers to help her name her unborn baby.

The 32-year-old model who already has 21-month-old Luna with husband John Legend - has been tasked with naming her second child, and has said she's struggling so much with choosing a moniker that she wants to hand the power over to her loyal fans on social media.

She said: "Names are tough. What I learned was never share your ideas. If you have a name idea, somebody is going to be like 'No, I knew a person by that name in high school and they were gross.' That always happens.

"John picked Luna so I decided I get to pick this one. I don't know what to do. Take it to Twitter."

The "Lip Sync Battle" star might run into difficulties asking the public though, as she's already promised her husband that she won't reveal the sex of their child, who was conceived via IVF.

Speaking to E! News, she said: "We knew when we put it in but John was like, 'Make sure you don't say it. Let's have one thing for us' and of course, I'm probably going to end up saying it but I'm just going to do this favour to him for as long as I can."

It comes after Chrissy recently complained to her Twitter followers that her child would end up with no name, as the happy couple are unable to settle on a suitable moniker.

Captioning a picture of a number of unisex baby names, she wrote on Twitter: "Jesus Christ my baby will have no name (sic)"

Jesus Christ my baby will have no name pic.twitter.com/3YChPgCMgp

Meanwhile, a source previously revealed Chrissy and 39-year-old John - who married in 2013 - are "so excited" that their daughter Luna is going to be a big sister.

They said: "They have been planning for this for a long time. Chrissy is really excited to finally share the news. They are so excited to make Luna a big sister. They think Luna will do a great job with the baby and they're really happy to be expanding their family."