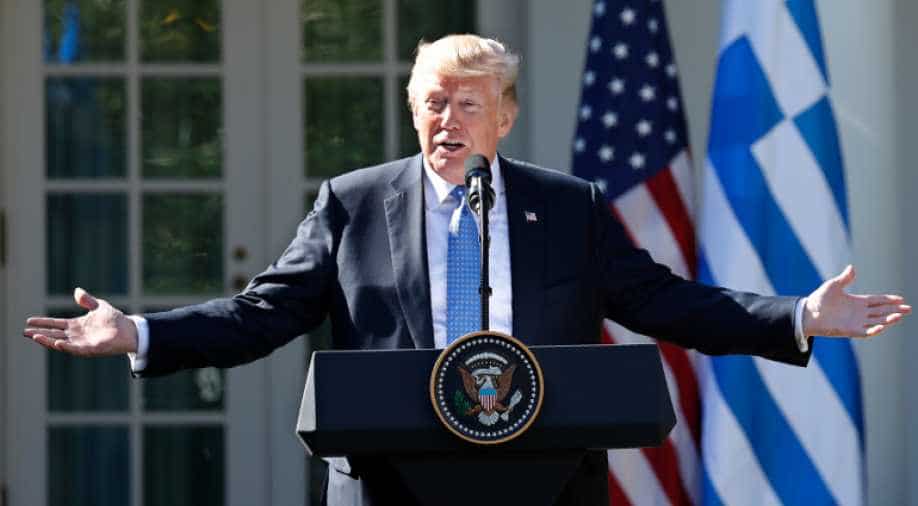 I doubt I would be here if it weren't for social media, to be honest with you, Trump said at an interview||Leaders from across the political spectrum have repeatedly urged Trump to rein in his frequent and controversial tweeting

US President Donald Trump, known for his prolific and sometimes incendiary tweeting, defended his use of the social media platform in an interview aired Sunday, saying without it he might not be president.

"I have friends that say 'Oh, don’t use social media," the Republican leader - who boasts 40.9 million Twitter followers and tweets everything from policy announcements to personal attacks to threats against foreign nations - told the Fox News program Sunday Morning Futures.

"But I doubt I would be here if it weren't for social media, to be honest with you."

"Tweeting is like a typewriter," he said. "When I put it out, you put it immediately on your show."

"I mean, the other day I put something out. Two seconds later I`m watching your show - it is up."

Leaders from across the political spectrum have repeatedly urged Trump to rein in his frequent and controversial tweeting, which sometimes contains factual inaccuracies and has provoked ire among adversaries and allies on both the domestic and international levels.

On Thursday, former secretary of state John Kerry slammed the president's Twitter use for creating a destructive atmosphere of "chaos politics."

But Trump emphasised that by using Twitter, as well as the platforms Facebook and Instagram, he can bypass media outlets that he says treat him "unfairly."

"When somebody says something about me, I’m able to take care of it," he said. "The other way I wouldn`t be able to get the word out."

The president also gave himself a pat on the back for the art of his posts, which often contain grammatical errors, spelling mistakes and misused punctuation.

"They’re well-crafted," he said of his tweets. "I was always a good student."