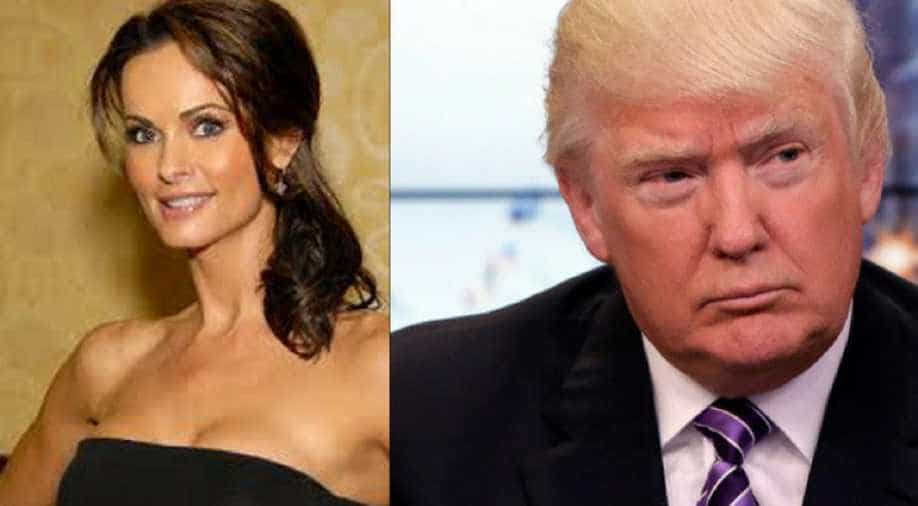 File photo of Donald Trump and Karen McDougal. Photograph:( Others )

US District Judge William Pauley in Manhattan on Wednesday ordered that the material, used by prosecutors to obtain a 2018 search warrant for Cohen's home and office, must be unsealed by 11 a.m. (1500 GMT).

US District Judge William Pauley in Manhattan on Wednesday ordered that the material, used by prosecutors to obtain a 2018 search warrant for Cohen's home and office, must be unsealed by 11 am (1500 GMT). The judge found there was no reason to keep the documents secret after prosecutors told him that their investigation into the payments had ended.

The end of the investigation suggests that no one else is likely to face criminal charges in connection with the payments.

Cohen, 52, pleaded guilty in August 2018 to violating campaign finance law by directing payments of $130,000 to adult film star Stormy Daniels and $150,000 to Playboy model Karen McDougal to avert a scandal shortly before the 2016 presidential election. Both women have said they had sexual encounters with Trump more than a decade ago, and that the money was meant to buy their silence. Trump has denied the encounters.

"The campaign finance violations discussed in the materials are a matter of national importance," Pauley wrote. "Now that the government's investigation into those violations has concluded, it is time that every American has an opportunity to scrutinize the materials."

Cohen, who was once Trump's self-described "fixer," began serving a three-year prison sentence in May for his campaign finance violations and other crimes, including making false statements to a bank and tax evasion.

Pauley had ordered many of the search warrant material about Cohen's personal business dealings unsealed earlier this year, but allowed the hush-money documents to remain secret because an investigation involving the payments was still in progress.