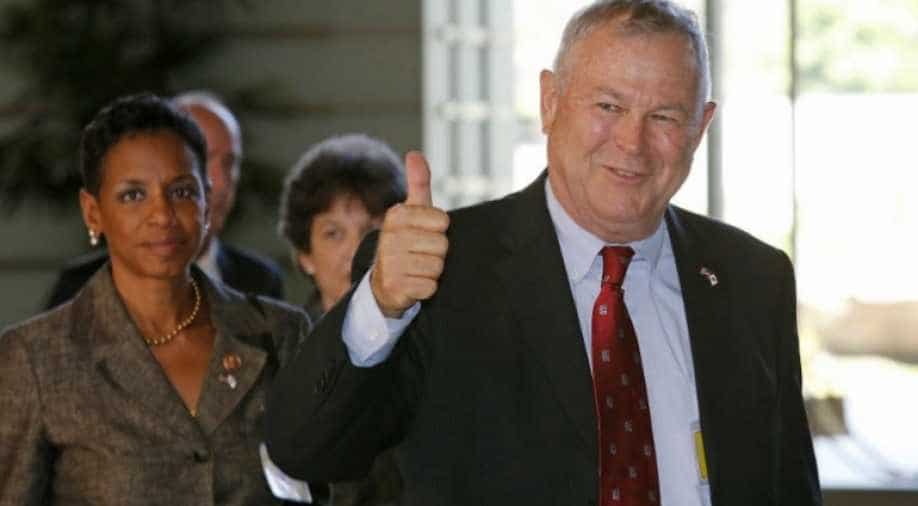 Representative Dana Rohrabacher, whose quixotic foreign policy campaigns made him persona non grata in Pakistan and Afghanistan and who became a rare US defender of Vladimir Putin, has lost his seat after 30 years.

The 71-year-old Republican, whose exploits have included grabbing a gun to join Afghanistan's anti-Soviet mujahedin, was projected Saturday to have lost, four days after midterm elections in which Democrats seized the House of Representatives.

Harley Rouda, a Democratic real estate developer, led Rohrabacher by four percentage points in a district in southern California's Orange County, a longtime conservative bastion that gave rise to Republicans Richard Nixon and Ronald Reagan but where greater ethnic diversity has contributed to a shift toward Democrats.

After working as a speechwriter to Reagan, Rohrabacher was elected to Congress in 1988 on an aggressively anti-communist platform.

Yet his stern views belied a quintessentially Californian quirkiness as he relished surfing, playing guitar and, well before the issue was mainstream, supported legal marijuana, saying he himself had done "everything but drink the bong water."

Rohrabacher's joy in the limelight caused many colleagues to see him as a rabble-rouser -- but his statements had diplomatic repercussions.

Pakistan lodged protests and street demonstrations broke out after Rohrabacher in 2012 proposed a resolution -- non-binding and with little chance of congressional approval -- calling for the independence of Baluchistan, scene of a long-running separatist insurgency.

Rohrabacher was also refused entry to Afghanistan after infuriating then president Hamid Karzai by calling him corrupt.

Rohrabacher, whose office was decorated with memorabilia from briefly fighting alongside Afghan guerrillas, met in 2001 with the then Taliban foreign minister and later joined the left in opposing US troop increases, seeing Karzai's government as compromised.

More recently, Rohrabacher has been dubbed Putin's favourite congressman. The onetime Cold Warrior has argued that radical Islam, not Russia, has become the biggest global threat and that Putin was an ally.

After Donald Trump's surprise election in 2016, speculation mounted that the new president -- who has also voiced respect for Putin -- would name Rohrabacher as US ambassador. However more traditional policymakers remain in charge.

Rohrabacher said he met Putin, then the deputy mayor of Saint Petersburg on a visit to Washington, in the 1990s and got into a drunken argument over who won the Cold War.

"So we decided to settle it like men do when they've had too much to drink in the pub," Rohrabacher recalled in a radio interview.

They arm-wrestled. And who won? "He put me down in a millisecond," Rohrabacher acknowledged.