Cuba celebrates 60 years of revolution amid challenges and change 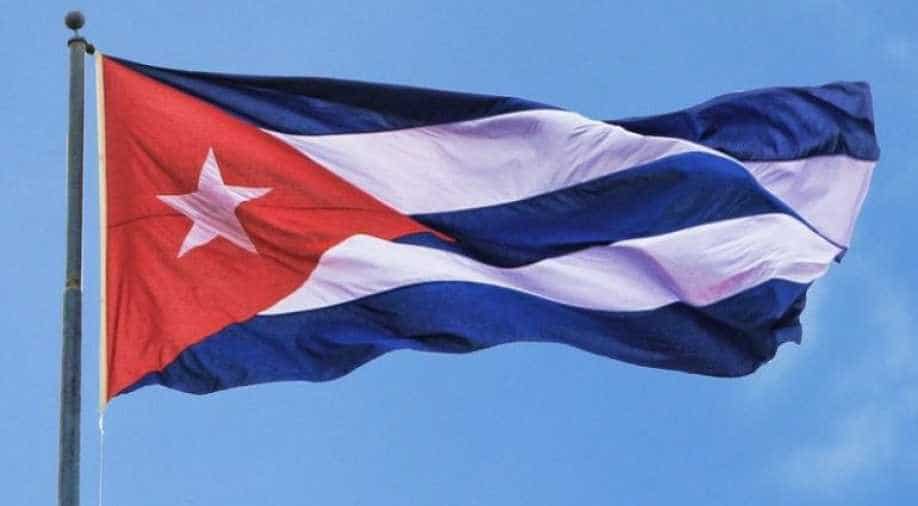 The first such anniversary of the post-Castro era coincided with the inauguration in Brazil of far-right President Jair Bolsonaro, whose recent election victory is one of several for right-wing governments across the region.

Cuba, long a source of inspiration for leftist Latin American governments, celebrated the 60th anniversary of its revolution on Tuesday facing increasing isolation in a region dominated by a resurgent right.

The first such anniversary of the post-Castro era coincided with the inauguration in Brazil of far-right President Jair Bolsonaro, whose recent election victory is one of several for right-wing governments across the region.

Bolsonaro, who had made a point of not inviting Cuba's President Miguel Diaz-Canel and Venezuela's Socialist leader Nicolas Maduro to his inauguration, unfolded his nation's green and yellow flag in Brasilia and proclaimed: "This is our flag, which will never be red."

Like Brazil, Argentina, Chile and Peru have all swung to the right in recent years, unseating leftist governments.

Maduro paid tribute to the "heroic Cuban people" in a tweet, lauding their "resistance and dignity" in the face of "60 years of sacrifices, struggles and blockade."

Another surviving leftist leader, Bolivia's Evo Morales, said Cuba's revolution gave birth to "the light of hope and invincible will for the liberation of the people."

The symbolic commemoration was set for late afternoon in the island's southeastern city of Santiago de Cuba, the so-called "cradle of the revolution."

Ex-president Raul Castro was slated to give the keynote speech at the tombs of national heroes Jose Marti and Fidel Castro.

For the first time since 1976, Cuba's president is not a Castro. Miguel Diaz-Canel, 58, took over in April as president from Raul Castro, who retains significant influence.

"Today the date is with Raul in Santiago," wrote Diaz-Canel on Twitter.

"The brave and noble people of Cuba" will be honored -- with Fidel, Raul and "all those who have fought, and fight, to keep the homeland free, sovereign and happy."

The streets of Santiago were adorned with flags and posters. In one, a vigorous Fidel raises a rifle next to Raul, with the legend "60 years of victories."

Concerts and dances were held across the island on New Year's Eve, and a 21-gun salute rang out across Havana Bay to usher in the anniversary of the revolution.

Diaz-Canel wasn't even born when Fidel Castro declared victory for his revolution on January 1, 1959.

US-backed dictator Fulgencio Batista had fled the country earlier that day, opening the way for Castro to install a one-party communist system.

Last week, a defiant Diaz-Canel wrote on Twitter: "The Cuban revolution is invincible, it grows, it lasts."

But not everyone is convinced.

Dissident Vladimiro Roca, whose father Blas Roca served as a high-ranking official under Fidel Castro, insists that "the revolution died a long time ago."

Abroad, Cuba's government has faced heavy criticism for its authoritarian nature, intolerance of opposition and persecution of detractors. Vladimiro Roca was jailed from 1997 to 2002 for his protests.

And while US-Cuba relations thawed under Barack Obama, the Caribbean island of 11 million people has had to contend with an increasingly hostile administration under President Donald Trump these last two years.

Change is coming, though.

In February, the communist regime is to submit to referendum a new constitution that will officially recognize private property, markets and foreign investment.

However, the document also ratifies communism as the nation's "social goal," insists the country will "never" return to capitalism, and defines the Communist Party as by nature, single, and the "supreme political force of state and society."

Economic changes are coming as well. One deal, between Major League Baseball in the US and the Cuban Baseball Federation, will allow the island's top talents to sign multi-million dollar deals with MLB clubs.

"For sure, a new cycle is being opened. This cycle is continuity and change," academic Arturo Lopez-Levy, from Gustavus Adolphus College in Minnesota, told AFP.

That's not the view of Jorge Duany, director of the Cuban Research Institute at Florida International University.

"For now, it looks like Castrism without a Castro" in power, he said.

Vladimiro Roca, for his part, believes the revolution "will blow itself out" due to the indifference of the new generations and a lack of outside support.

Russia and China remain allies, but neither has shown willingness to subsidize the country's economy in the way the former Soviet Union did for 30 years.

Diaz-Canel has repeatedly said that the "most important battle is the economy," which has grown barely one percent in recent years, not enough to support its population.

For many Cubans, their hopes for an improved life depend "on whether they can work for themselves or emigrate," said Duany.

Once the world's primary exporter of sugar, Cuba recently had to import that commodity from France, while over the last few weeks, eggs, rice and flour have disappeared from supermarket aisles.

It leaves "Diaz-Canel and his team with the challenge of applying a contradictory policy," said Lopez-Levy.

The country is institutionalizing the revolution in a time of economic crisis, while the Communist Party creates a market economy allowing inhabitants to get rich in a society based on egalitarian principles.

"The challenge is to square the circle in order to avoid sinking," said Lopez-Levy.

It's not a hopeless dream, though, in a country that has resisted a US-led embargo since 1962 by showing "its ability to adapt, identifying and applying policies that manage to meet the challenges," he said.