China lashes out at Taiwan over offer to Hong Kong protesters 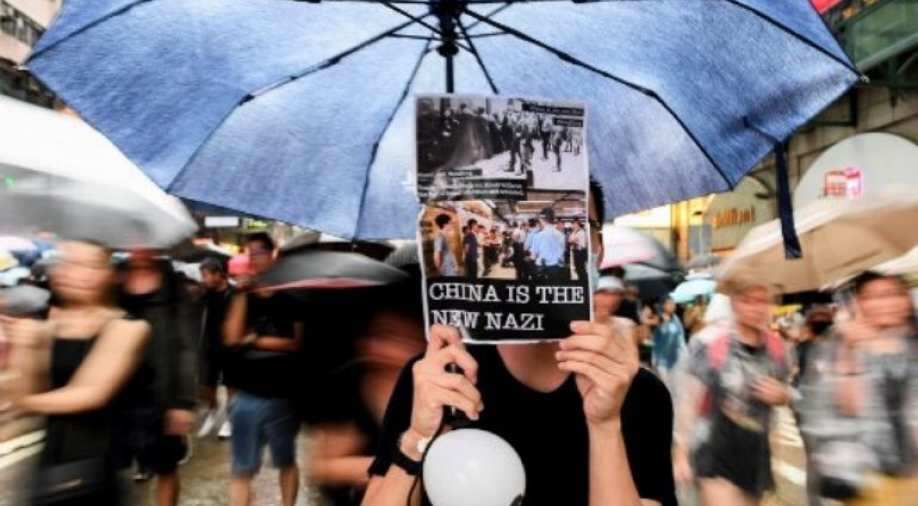 Protesters walk along the street, during the protest Photograph:( AFP )

Beijing regards Taiwan as a part of China awaiting reunification, but the island is a self-ruled democracy.

Taiwanese authorities "ignore the facts and reverse black and white, not only masking the crimes of a small number of Hong Kong militants but also fuelling their arrogance for destroying Hong Kong", said Ma.

Last month after dozens of Hong Kong activists reportedly involved in an unprecedented storming of the city's parliament fled to Taiwan, the Taipei said it would assist those seeking sanctuary.

"They openly claim to provide (protesters) asylum, making Taiwan into a 'haven sheltering criminals', where does this put the safety and welfare of the Taiwan people?" asked Ma.

Beijing regards Taiwan as a part of China awaiting reunification, but the island is a self-ruled democracy.

The protest movement in Hong Kong was sparked by widespread opposition to a plan for allowing extraditions to the Chinese mainland but has since morphed into a broader call for democratic rights.

Taiwan's history of providing sanctuary to Chinese dissidents has been mixed.

The island still does not recognise the legal concept of asylum but has, on occasions, allowed dissidents to stay on long-term visas.

Ties with Beijing have soured since Tsai came to power in 2016 because her party refuses to recognise the idea that Taiwan is part of "one China".

US coronavirus cases rise by record 60,565 in a single day