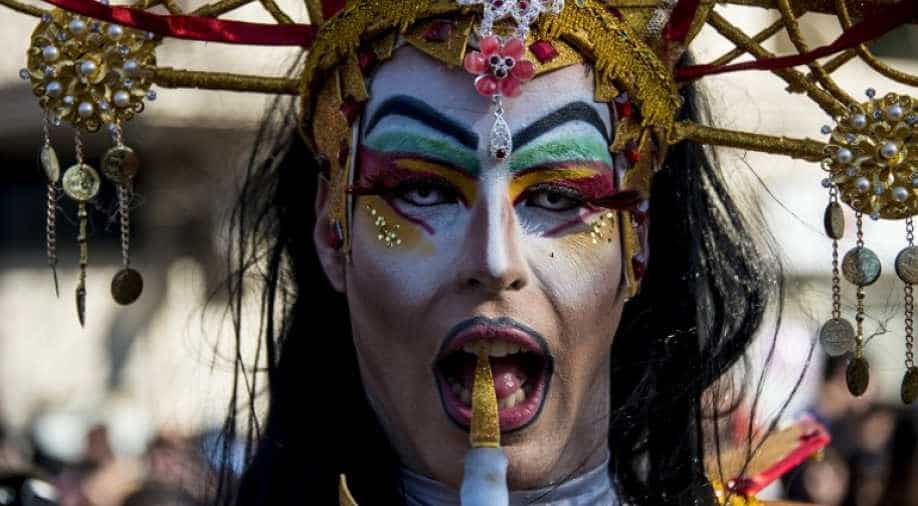 A Drag Queen takes part in the Gay Pride Parade in Santiago on July 1, 2017. Photograph:(AFP)
Follow Us

Tens of thousands of people packed the streets of Chile's capital Saturday for the city's Gay Pride march, calling for passage of a same-sex marriage bill that has been promised by President Michelle Bachelet.

Carrying rainbow flags and banners, the participants, some dressed in drag, gathered Saturday afternoon at the Plaza Italia before they started off on Alameda Avenue, Santiago's main artery.

"We were happy with this turnout which exceeded all our expectations. It was a beautiful day," said Diego Rios, leader of for the gay rights movement MOVILH.

According to the group, around 100,000 people turned out for the march in which groups of men and women, and some entire families, traversed part of the city before arriving at Los Heroes plaza, not far from the presidential palace.

Bachelet has promised to introduce a same-sex marriage bill in the second half of this year.

In 2015, Chile approved same-sex civil unions for the first time, which were considered a breakthrough in the religiously conservative country where abortions are still forbidden and divorce was only legalised in 2004.