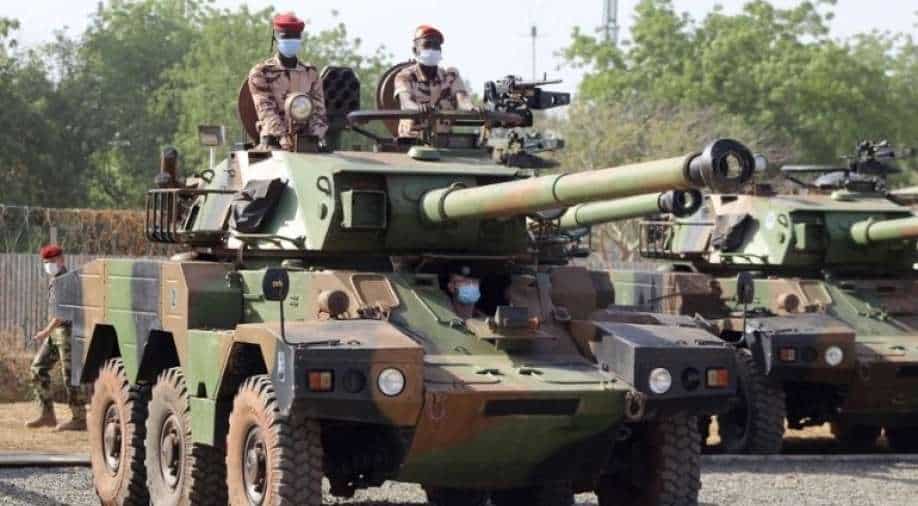 The CAR regularly accuses its northern neighbour of supporting armed rebel groups from inside Chad. The attack came after CAR soldiers had crossed into Chadian territory in pursuit of rebels, a senior Chadian security official said, speaking on condition of anonymity

Chad and the Central African Republic (CAR) were at loggerheads on Monday after the Chadian government accused its southern neighbour of killing six of its soldiers at a border post, five of whom were allegedly abducted and then executed, branding it a 'war crime' that would 'not go unpunished'.

Hours after the accusation, the CAR said there had been 'exchanges of fire... at the border', with fatalities on both sides.

Expressing regret for the deaths, it put the blame on rebels it said its soldiers had been pursuing and suggested Chad and the CAR, 'two brotherly peoples', hold a joint investigation.

The incident has placed the spotlight on the occasionally fraught relations between Chad, ruled by a junta since its veteran ruler was killed six weeks ago, and the CAR, an impoverished, unstable country battling powerful armed groups.

"The Central African armed forces attacked the outpost of Sourou in Chad on Sunday morning... They killed a Chadian soldier, injured five and kidnapped five others who were then executed in Mbang on the Central African Republic side," Chadian Foreign Minister Cherif Mahamat Zene said in a statement.

The CAR regularly accuses its northern neighbour of supporting armed rebel groups from inside Chad. The attack came after CAR soldiers had crossed into Chadian territory in pursuit of rebels, a senior Chadian security official said, speaking on condition of anonymity.

The rebels were either members of the Unity for Peace in Central Africa (UPC) or the so-called 3R group, according to this source and another security source.

Both are among the CAR's most powerful armed groups and are part of a coalition that in December mounted a bid to topple President Faustin Archange Touadera.

The Sourou outpost near the village of Mbere, which was manned by 12 soldiers, was attacked at dawn, Zene said in his statement.

This "war crime is extremely serious and this deadly attack, which was pre-meditated, planned and operated from inside Chad, for reasons known only to the Central African government, will not go unpunished," he added.

Zene said Chad would "call the international community to bear witness" to what he branded a 'serious aggression', notably the UN's 12,000-strong peacekeeping force in CAR, MINUSCA, as well as the African Union and the Economic Community of Central African States (ECCAS).

France, the region's former colonial power and a strong ally of Chad, said it "firmly condemns the attack on the Chadian forward post of Sourou."

A foreign ministry statement stressed "France's firm attachment to the stability and territorial integrity of Chad and of all the states in the region."

In Bangui, the CAR government said it "deplores the loss of human lives in the Chadian and Central African armed forces" and blamed rebels that it said its troops had been pursuing.

The statement reaffirmed CAR's will to strengthen relations "between two brotherly peoples" and proposed setting up a joint inquiry with Chad to investigate the clashes.

UN sources in the CAR, speaking on condition of anonymity, said there had been a clash on Sunday in the market place of Mini, a Chadian village near the border.

The fighting was between CAR troops and Russian paramilitary allies on one side, and Chadian soldiers on the other, the sources said.

At least one Chadian soldier was killed and five were captured, they said, adding that both sides suffered casualties.

CAR Foreign Minister Sylvie Baipo Temon said in a statement that rebels had attacked Central African troops at Mbang before fleeing towards Chad, creating an "unfortunate misunderstanding between Chadian and Central African and forces".

The anti-Touadera coalition is among the number of groups that hold large swathes of CAR's territory.

But it has failed in its attempt to oust the president, who was re-elected in late December.

The rebels have been pushed out of large towns in recent months, in part thanks to back-up for the CAR army from hundreds of Russian paramilitary fighters thought to be from the Wagner Group, a shadowy private military company.

Chad, meanwhile, has been under junta rule since April 20 when the military announced that veteran leader Idriss Deby Itno had been killed leading troops against Chadian rebel fighters arriving from Libya.

Chad's army is considered the most powerful in the region, and Deby's government was a key Western ally in the fight against jihadists in the volatile Sahel.

Deby's son Mahamat, a four-star general, declared himself president after the death of his father, who had ruled Chad with an iron fist for three decades.

The junta has dissolved parliament and revoked the constitution, while promising "free and democratic" elections within an 18-month transition period.