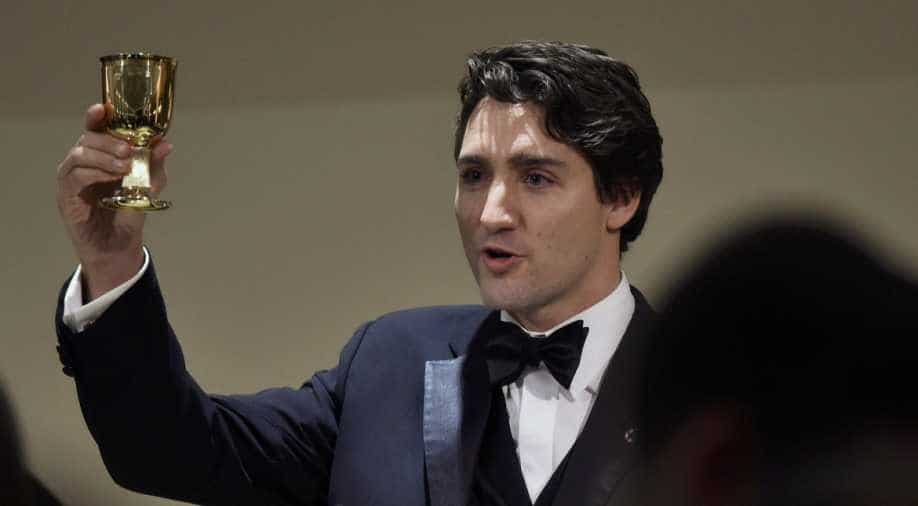 Canada's Prime Minister Justin Trudeau gives a toast at a dinner at the Corinthia Palace Hotel in Attard during the Commonwealth Heads of Government Meeting. November 27, 2015 near Valletta, Malta. Photograph:( Getty )

Canadian Prime Minister Justin Trudeau welcomed the decision by US President Donald Trump to move ahead on the Keystone XL pipeline project at a news conference Tuesday.

At the news conference in Calgary, Trudeau said he has spoken twice to Trump since he has become President. He said he welcomed the news that the US would move ahead on the pipeline. "I've been on the record for many years supporting it because it leads to economic growth and good jobs for Albertans," Trudeau said.

Trump campaigned on promises to increase domestic energy production and before taking office indicated he supported and re-starting the Keystone XL project, which was rejected in 2015 by then-President Barack Obama.

When asked about the future of the North American Free Trade Agreement, Trudeau said, "The relationship between Canada and the United States is particular and unique in regards to any two countries in the world," he said. He noted, "the discussions are very positive. But we know that there is much to discuss. We will continue to be engaged in a constructive thoughtful way with the new administration as I follow through on my primary job which is to ensure prosperity and security for Canadians."

On Sunday, Trump said he planned talks to begin renegotiating NAFTA, under which Canada and Mexico send most of their exports to the United States.
Officials familiar with diplomatic contacts between Mexico and Canada say there has been no talk of creating a joint front against the United States over NAFTA on the grounds that such a move would raise tensions and be counterproductive.

Trudeau said no date has been set for him to meet with his American counterpart.