Brexit may not happen, London in no hurry to leave, says US state secretary John Kerry 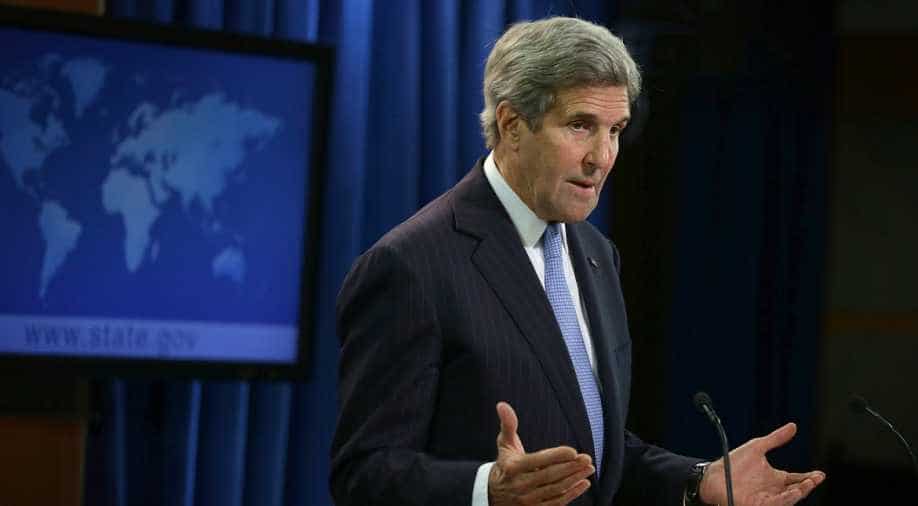 US officials are calling for a calm debate on Brexit leading to a deal that would allow a close association between London and Brussels to continue. Photograph:( Getty )

Follow Us
US secretary of state John Kerry said on Tuesday that Britain's vote to leave the European Union may never be implemented and that London is in no hurry to go.

Speaking one day after talks with Prime Minister David Cameron, Kerry said the outgoing British leader feels "powerless" to negotiate a departure he does not want.

"This is a very complicated divorce," Kerry told the Aspen Ideas Festival, referring to Britain's negotiated exit from the EU after last week's "Brexit" referendum.

Kerry, who visited Downing Street on Monday, said Cameron was loathe to invoke "Article 50" of the Lisbon treaty, which would trigger a two-year timetable for departure.

London, Kerry explained, does not want to find itself boxed in after two years without a new association agreement and to be forced out of the EU without one.

And, he added, Cameron "feels powerless - and I think this is a fair conclusion - to go out and start negotiating a thing that he doesn't believe in and he has no idea how he would do it.

"And by the way, nor do most of the people who voted to do it," Kerry said, apparently referring to "Leave" campaigners such as former London mayor Boris Johnson, now the front-runner to replace Cameron as premier.

Asked by the panel moderator if this meant the Brexit decision could be "walked back" and if so how, Kerry said: "I think there are a number of ways."

"I don't as secretary of state want to throw them out today. I think that would be a mistake. But there are a number of ways," he said.

Washington has long supported a strong role for its British ally in the European project, and was dismayed when British voters chose last week to quit the Union.

Now, US officials are calling for a calm debate on Brexit leading to a deal that would allow a close association between London and Brussels to continue.

Some EU leaders, however, insist that Cameron must move quickly to invoke Article 50 and begin divorce talks, to put an end to political and economic uncertainty.