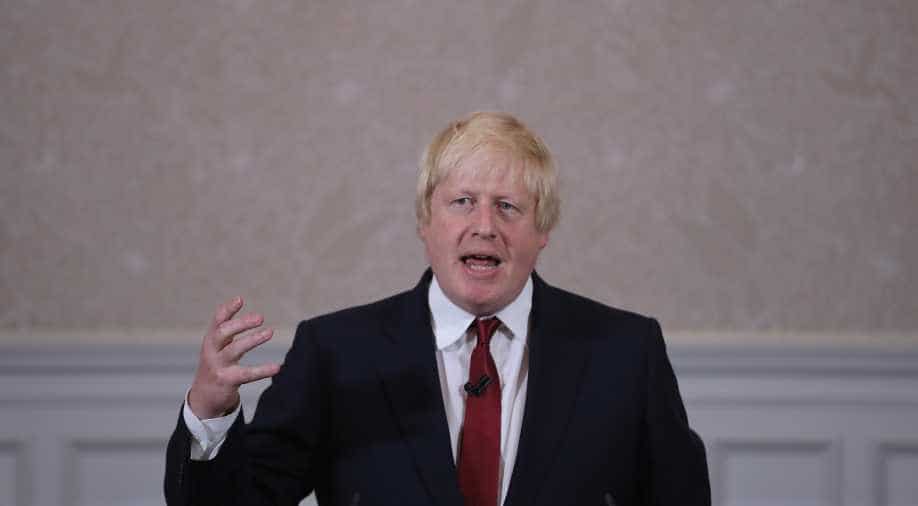 Johnson's unexpected departure from the race shows the speed with which the political landscape is being reshaped. Photograph:( Getty )

Former London mayor Boris Johnson abruptly pulled out of the race to become Britain's next prime minister on Thursday, in a shock move that upturned a political order shaken by last week's vote to leave the European Union.

Johnson, whose support for the campaign to leave the EU was widely considered one of the decisive factors in the campaign, had been bookmakers' runaway favourite to succeed David Cameron, who quit last week after failing to persuade British voters to stay in the bloc.

Johnson's unexpected departure from the race, announced just minutes before the party unveiled the list of candidates, shows the speed with which the political landscape is being reshaped.

"I must tell you, my friends, you who have waited faithfully for the punchline of this speech, that having consulted colleagues and in view of the circumstances in parliament, I have concluded that person cannot be me," Johnson said at a news conference to audible gasps.

Cameron's replacement will face tough talks with the EU to mend a broken relationship, balancing a desire to reduce immigration to Britain, while trying to secure the economy by maintaining access to European markets.

Johnson's departure from the race followed swiftly after another leading ally in the pro-Brexit campaign, justice secretary Michael Gove, put himself forward as a candidate, saying he had withdrawn support for Johnson.

Gove will face off against Theresa May, the interior minister, who campaigned to remain in the EU, as well as other candidates for the ruling party's leadership.