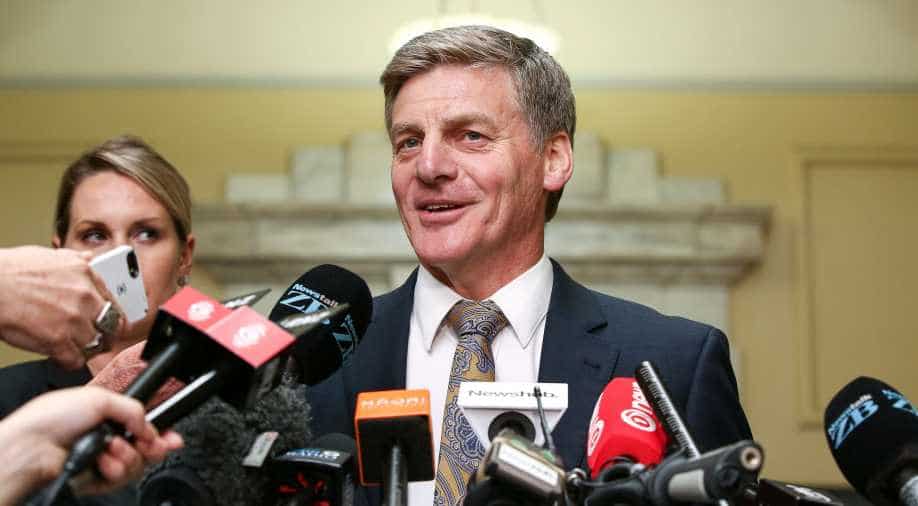 English, 54, was Key's preferred candidate to succeed him after serving as finance minister and returning New Zealand`s budget to surplus. Photograph:( Getty )

The centre-right National Party caucus met to confirm the decision on Monday morning with English to be officially sworn in at Government House in Wellington later in the day.

Key had announced his shock resignation on Monday, saying it was the right time to go after eight years in the job.

"Bill and Paula are outstanding leaders who will provide a good mixture of experience and fresh thinking," said party president Peter Goodfellow.

"Under their leadership, New Zealanders will continue to benefit from the stable government they expect, along with a dedicated focus on delivering results for families and businesses."

English, 54, was Key's preferred candidate to succeed him after serving as finance minister and returning New Zealand`s budget to surplus.

A farmer with degrees in commerce and literature, he has been in parliament since 1990 and was previously leader of the National Party in 2002 when it suffered its worst election defeat.

The popular Key resigned for family reasons, having recently marked his eighth anniversary as prime minister and tenth year as leader of the Nationals.

"Congratulations to my good friend @honbillenglish on becoming the new leader of the @nznationalparty and the next Prime Minister of NZ," Key tweeted soon after the announcement.