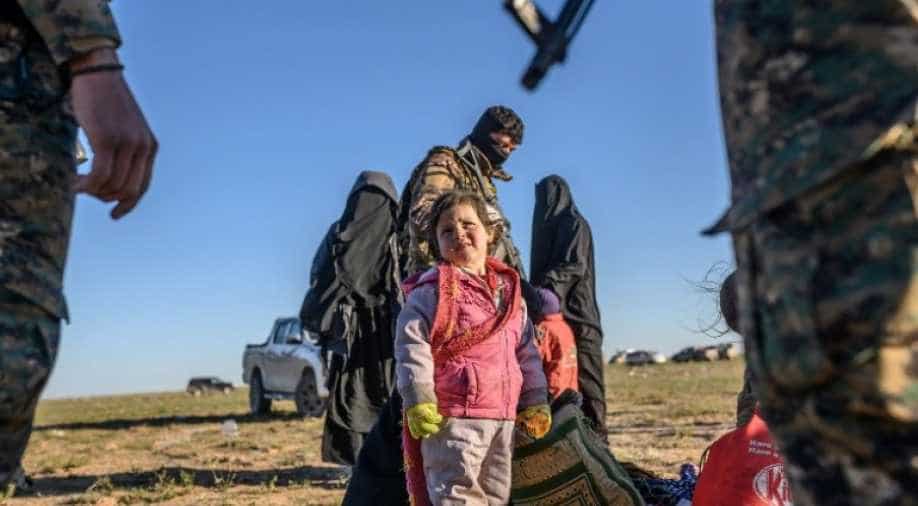 The children, ranging in age from six to 18, were all left parentless in Syria, making their repatriation less complicated than that of dozens of other Belgian children of IS members held in Syria`s northern Kurdish region.

Six Belgian children of Islamic State members were brought back to Belgium on Friday from camps in Syria where US-backed militia are holding thousands of militants and their family members.

The children, ranging in age from six to 18, were all left parentless in Syria, making their repatriation less complicated than that of dozens of other Belgian children of IS members held in Syria`s northern Kurdish region.

"The 6 children from #Syria have just arrived in our country," Belgium`s Foreign Minister Didier Reynders Tweeted late on Friday. "The children are now being monitored and supervised by the competent local state attorneys & youth support services."

The US-backed Syrian Democratic Forces (SDF) controls the quarter of Syria east of the Euphrates river after driving back Islamic State in a series of advances from 2015 that culminated in March with the group`s defeat at its last territorial enclave in Baghouz, near the Iraqi border.

However, it says it is unable to indefinitely hold the thousands of Islamic State fighters and members and their families who surrendered during its offensive.

"This must be extended to men and women in our camps and prison, not only children," Mustafa Bali, a spokesman for the SDF, said on Twitter regarding Belgium`s move.

Many of those in custody or held at overcrowded displacement camps in northeast Syria are foreigners, and many remain unrepentant supporters of violent jihad.

Islamic State members also brought a large number of children into their zone of control or bore babies who are now orphaned, destitute or even stateless, and whose future is uncertain.

The SDF has warned that keeping them in northeast Syria where there is no long-term political settlement to underpin its control of the area is a security risk, and has called for help in managing a humanitarian crisis in the displacement camps.

Western countries have so far been unwilling to take back their citizens who went to Syria to join Islamic State - seeing them as a security risk if they return home but knowing they may be unable to prosecute them.

The United States, France and the Netherlands have each repatriated a small number of women or children from northeast Syria, but many others remain there.

The SDF has also handed over numerous Islamic State militants to Iraq, which is putting many former jihadists on trial and executing some of them.

An Iraqi court sentenced a Belgian man, Bilal al-Marchohi, 23, to death by hanging in March for being part of Islamic State. Pictures on his phone showed him posing with weapons and cradling his infant son.