At least 141 killed in week of renewed strikes in east Aleppo, 16 in west 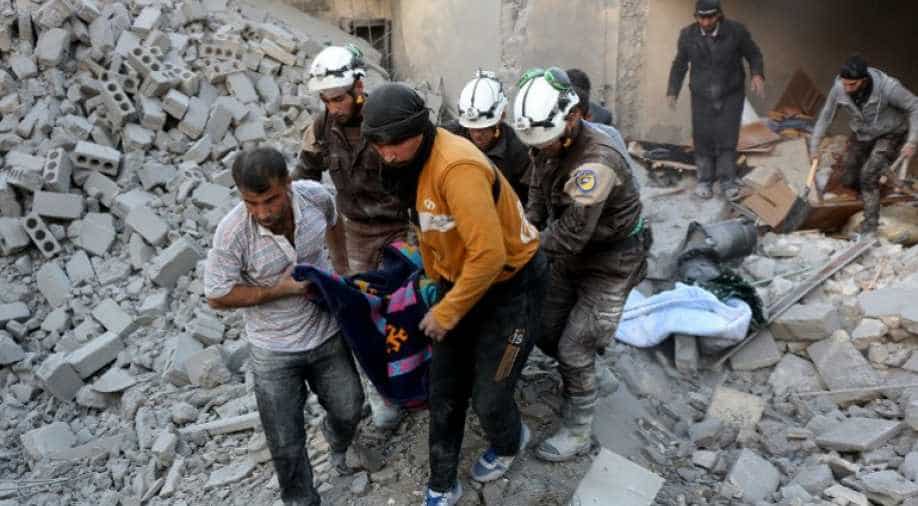 Syrian volunteers, known as the White Helmets, evacuate a victim from the rubble of a building following airstrikes in Aleppo on November 20. Photograph:( AFP )

At least 141 civilians, including 18 children, were killed in a week of renewed bombardment on the rebel-held eastern Aleppo, Reuters reported based on a report by the Syrian Observatory for Human Rights on Tuesday.

The Observatory documented 16 civilian deaths, including 10 children, and many injuries owing to rebel shelling of government-held west Aleppo.

The war monitor said it had documented hundreds of injuries as a result of Russian and Syrian air strikes and shelling by government forces and its allies on the eastern half of the city.

The assault began last Tuesday after a week-long pause in air strikes and shelling even as air strikes continued in the surrounding countryside.

The Birtain-based monitor said that there were another 87 deaths of rebel fighters and people of unknown identity in the eastern sector.