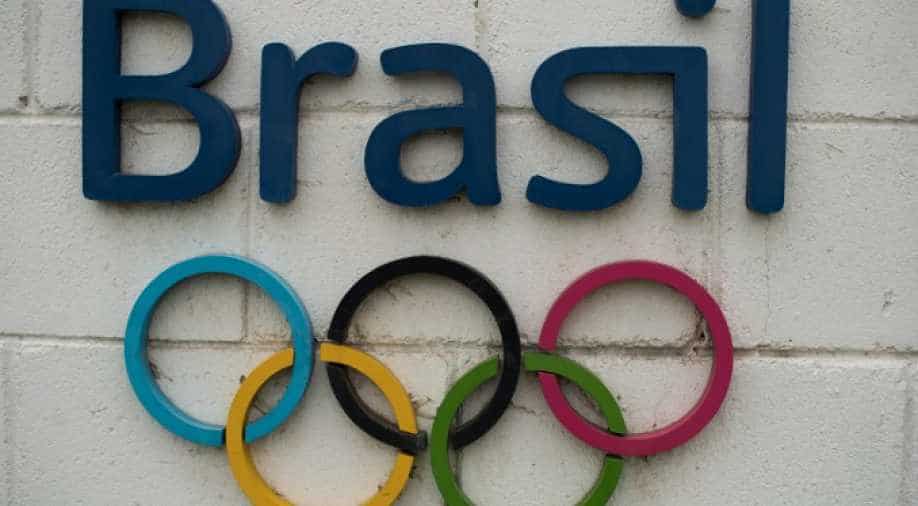 There are fears about the police's ability to control rampant crime during the event, as well as the potential for terrorism in a country with no experience of jihadist attacks. Photograph:(AFP)
Follow Us
Armed thieves in Rio de Janeiro hijacked a truckload of equipment imported by German broadcasters for the Olympic Games, but the gear was later recovered, representatives for the companies said on Friday.

The robbery occurred shortly after equipment shipped in by both ARD and ZDF television was being driven early Friday from Rio's port to a storage facility, ARD said in a statement.

The truck and the two containers of cargo were found later by police and recovered, Michael Stocks, a journalist for ARD in Rio, told AFP.

Rio will become the first South American city in history to host the Olympics on August 5. There are fears about the ability of police to control rampant crime during the event, as well as the potential for terrorism in a country with no experience of jihadist attacks.

While crime levels are far down from a decade ago, they are on the rise this year.

There were 1,715 murders in Rio de Janeiro state just between January and April, up 15 per cent on the same period last year. Non-lethal crimes like carjacking are also on the rise.