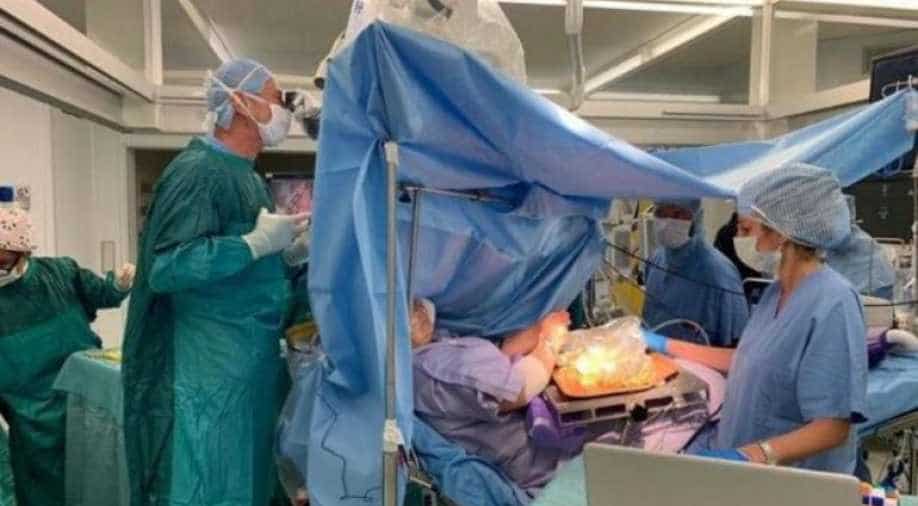 The bizarre incident took place during an over 2-hour long neurosurgery at Riuniti hospital in Ancona, Italy.

In a rare feat, a 60-year-old Italian woman prepared 90 stuffed olives in less than an hour while having an operation to remove a brain tumour.

The bizarre incident took place during an over 2-hour long neurosurgery at Riuniti hospital in Ancona, Italy.

According to a report in Italian news portal Ansa, the neurosurgeon at Ancona's Riuniti hospital said the two and a half hour procedure "went very well".

This is not the first time that people have been awake and performing activities while their brain is being operated upon.

In fact, awake neurosurgery is a surgical technique used to operate on tumours as it allows neurosurgeons to closely observe and avoid harming any other neural nerves or tissues in the brain that could be associated with speech, hearing, vision, and other functions.

As the left temporal lobe controls speech, memory and movement of the right part of the body, neurosurgeon Roberto Trignani told Ansa news agency the method "allows us to monitor the patient while we work on their brain functions and to calibrate our action".

Trignani, who was part of a team of 11 medical staff, has performed some 60 operations involving awake brain surgery in recent years. Another patient in Ancona has been asked to watch cartoons.

Preparing Ascoli olives is far more complicated, though, and Italian media describe how the operating theatre resembled something of a kitchen during the procedure.