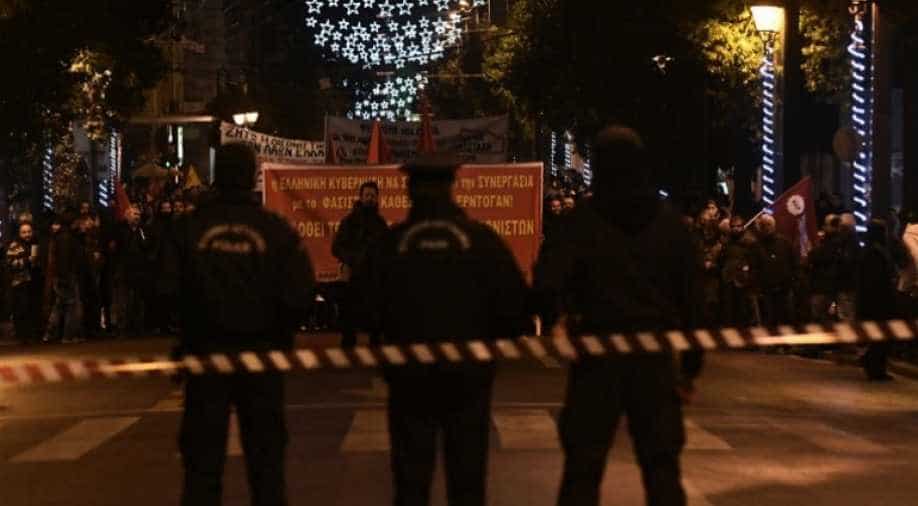 The protest, one of the largest, was heavily influenced by opposition to the four-month administration of Kyriakos Mitsotakis, elected in July on a pledge to strengthen law and order

Greek police said they have arrested 28 people for violence that followed a large demonstration in Athens to mark the anniversary of a 1973 anti-junta uprising.

"In some cases, groups of persons attempted to carry out unlawful action and attacked police forces," the police said in a statement late on Sunday.

Most of the incidents occurred in the bohemian Athens district of Exarchia, where police forces were also accused of unprovoked aggression.

A woman said she was struck on the head while standing in the street, and a journalist said he was also hit after filming one of the attacks.

Separately, several youths were arrested after Molotov firebombs and stones were found on a roof, in an apparent plan to ambush riot police passing below.

Over 30,000 Greeks demonstrated in Athens and other major cities under a heavy police presence Sunday to mark the anniversary of a 1973 anti-junta uprising, the first since the election of the new conservative government.

The protest, one of the largest, was heavily influenced by opposition to the four-month administration of Kyriakos Mitsotakis, elected in July on a pledge to strengthen law and order.

The anti-junta demonstration is a treasured anniversary for many Greeks.

At least 24 people were killed in the 1973 crackdown, an event generally considered to have broken the junta's grip on power and helped the restoration of democracy.

The annual event traditionally ends in front of the American embassy, which was ringed with police vans Sunday, as the fervently anti-Communist dictators enjoyed backing from Washington at the time.

On Wednesday, in a move seen as directed against the demonstration, the government secured parliamentary approval of a law applying harsher penalties for public violence.

Throwing a Molotov cocktail -- a fairly frequent occurrence at demonstrations in Greece -- is now punishable by up to 10 years in prison, up from five years previously.