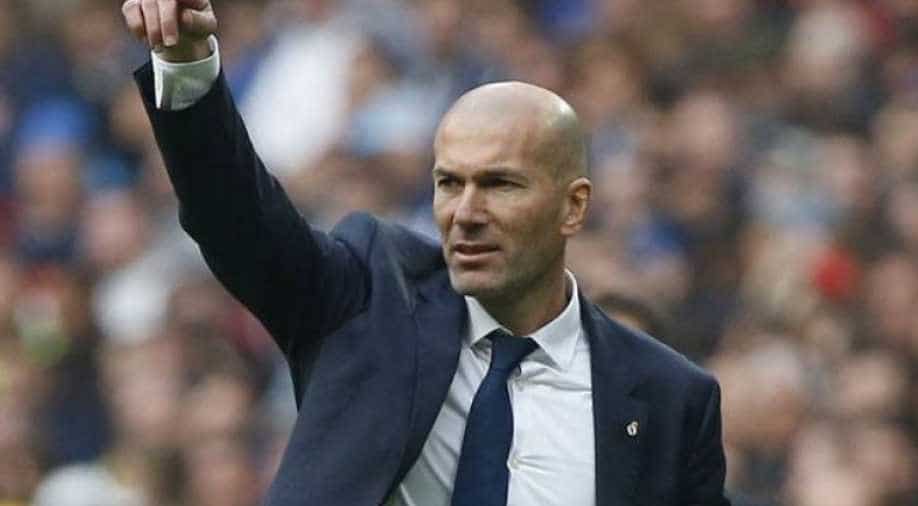 Zidane led Madrid to an unprecedented three consecutive Champions League titles (2016-18) as well as winning La Liga (2017) before surprisingly walking away in May.

Frenchman Zidane led Madrid to an unprecedented three consecutive Champions League titles (2016-18) as well as winning La Liga (2017) before surprisingly walking away in May.

Midfielder Enzo, on loan at Spain's Rayo Majadahonda from Swiss side Lausanne-Sport, said his father needed a rest after his Real exploits but will return to the dugout before long.

"We all know that my father loves football and loves to be a coach. For sure, he will be back soon. It's his decision," Enzo told Spanish newspaper AS.

"Now he is taking advantage to rest, which he needed, because in the end being at Madrid was nice but hard, with a lot of work."

Enzo played for Madrid's youth team while his father was at the club but left for Alaves in 2017 before moving to Lausanne-Sport in January.

Zidane, 46, played for Cannes, Girondins Bordeaux and Juventus before becoming one of the 'Galacticos' at Real where he won the Champions League in 2002 and La Liga the next year. He won the World Cup in 1998 and the Euros in 2000.

Zidane retired from playing in 2006 and later turned his hand to management with the Spanish club's 'B' side in 2014 before taking over the first team in January 2016.