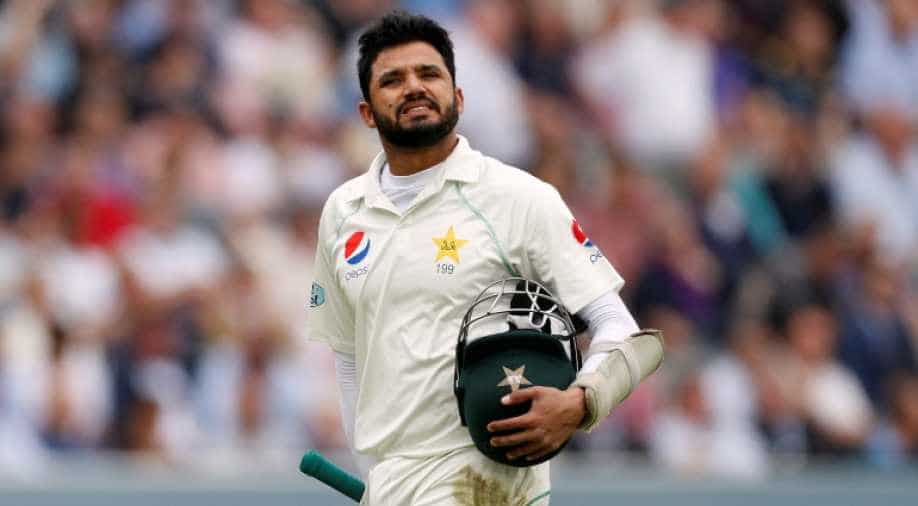 Waqar Younis believes Pakistan captain Azhar Ali can overcome a poor run of form as his side look for a series-levelling win in the second Test against England at Southampton starting Thursday.

Waqar Younis believes Pakistan captain Azhar Ali can overcome a poor run of form as his side look for a series-levelling win in the second Test against England at Southampton starting Thursday.

Pakistan, despite not having played international cricket for six months because of the coronavirus, dominated the majority of last week's first Test at Old Trafford, with opening batsman Shan Masood hitting a Test-best 156 and leg-spinner Yasir Shah taking eight wickets.

Pakistan, despite a second-innings collapse, were still favourites to win when they reduced England to 117-5 in pursuit of a target of 277.

But a partnership of 139 between Chris Woakes (84 not out) and Jos Buttler (75) turned the tide as England won by three wickets to go 1-0 up with two to play.

Azhar, criticised for his tactics during Buttler and Woakes' stand, has made just one fifty in 10 innings since becoming skipper in November.

Pace great Waqar, himself a former Pakistan captain and now the team's bowling coach, sympathised by saying Wednesday: "Being captain and playing in the top order is not easy.

"When you're in bad form, or have had a bad game, everything gets scrutinised.

"I've been captain myself so I know what he's going through. But he's a seasoned player...He knows how to come out of these situations and I expect him to deliver in the upcoming two Test matches."

Pakistan played two leg-spinners at Old Trafford, with Shadab Khan backing up Yasir, but they could now deploy a fourth seamer on what may be a less receptive Ageas Bowl surface.

If that's the case then Faheem Ashraf, who has played in just four Tests since making his debut against Ireland two years ago, may be in line for a recall.

"We haven't really decided about it but we are definitely going to gear him up and see whether he is ready to go and deliver the goods for Pakistan," said Waqar.

As for the 17-year-old Naseem, the latest fast bowler to come off Pakistan's production line of pacemen, an enthusiastic Waqar said: "What a talent he is.

"When you talk about whether he can be a great it is very difficult to be sure about anyone. Pakistan, over the years, has produced some real quality fast bowlers.

"If he keeps himself fit and strong and keeps bowling, I'm sure he has the potential to become a very good bowler."

It is 10 years since Pakistan lost a Test series against England and head coach Misbah-ul-Haq said they "should not be mentally down" following last week's agonising loss.

England star all-rounder Ben Stokes will miss the last two Tests of the series after travelling to New Zealand to be with his ill father.

Zak Crawley, dropped for the last two Tests in favour of an extra bowler deployed by England to compensate for Stokes' quad injury, is now set to return to England's top order.

Meanwhile England captain Joe Root, who has won his last six Tests as skipper, said it was "likely" James Anderson would play this week.

That is despite England's all-time most succesful bowler having taken just six wickets in three Tests at an expensive average of over 41 apiece so far this season, including 1-67 at his Lancashire home ground last week.

But Anderson, just 10 shy of becoming the first paceman to take 600 Test wickets, has dismissed rumours of his retirement, with Root saying: "To question Jimmy's ability and his record -- do that at your own peril."