Sumit Nagal is going to have a solid career, says Roger Federer 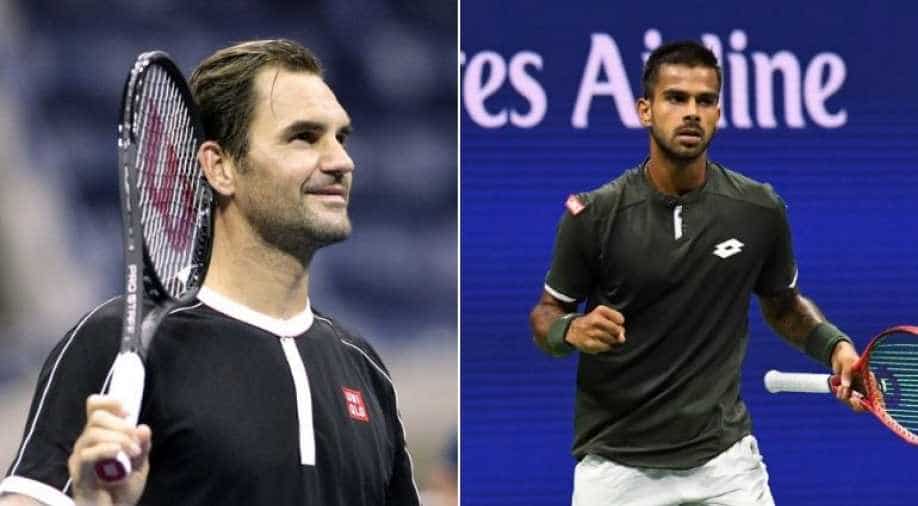 Indian tennis player Sumit Nagal might have lost the first-round match of the US Open against Roger Federer, but his win in the first set is earning him accolades from all over with even the Swiss tennis maestro saying Nagal is going to have a solid career.

"I think he knows what he can bring. That's why I think he is going to have a very solid career. But, of course, it is not the game that comes out with the biggest surprises. It is really consistent. I think he did it very well tonight," US Open's official website quoted Federer as saying on Monday (local time).

"I think his game is based on being really consistent. He moves well, moves the ball around well. Sort of very much a clay-courter. That`s also the surface he's played basically the entire year almost," he said.

"It is never easy to come out and play your best. Even though it's kind of what you live for, you dream about, playing on the big stage. So I think he did that very well," Federer said.

Nagal became the first Indian to defeat Federer in a set of a Grand Slam.

He became the fourth player to take the opening set against Federer at the US Open. Peter Wessels (Netherlands), Jose Acasuso (Argentina) and Frances Tiafoe (America) are the other players who have won their first set against the Swiss tennis star.

The first set was a closely fought affair as both Federer and Nagal went back and forth and at one stage the set was tied at 4-4. It was then that Nagal won games continuously and went on to grab the first set 6-4.

The 38-year-old Federer was in no mood to slow down and he carried the momentum in the third set and wrapped it up 6-2.

Nagal, who currently holds the 190th position in the ATP rankings, was able to show grit in the fourth set as the scoreline was levelled at 2-2 at one stage, but Federer bounced back by playing an aggressive style of tennis, forcing Nagal to hang back on the court. In the end, the Swiss won the fourth set 6-4.

The Indian player had qualified for the US Open main draw on Friday.

He became the youngest Indian in 25 years to qualify for the main draw of a Grand Slam after defeating Brazil`s Jaao Menezes 5-7, 6-4, 6-3.

Nagal had earlier bagged the Wimbledon Boys` doubles title in 2015.

Joshna breaks back into the world's top-10 following Raneem's retirement