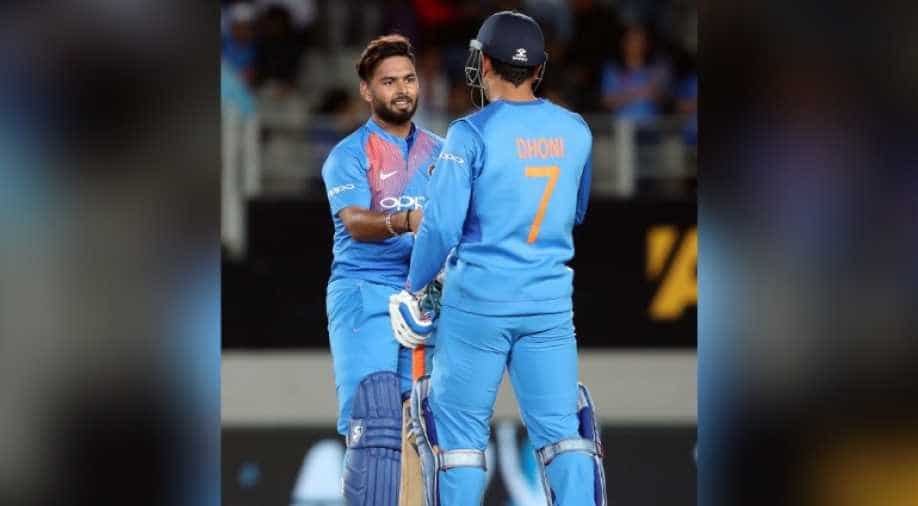 The opportunity allows Pant to make a late push for inclusion in the World Cup in England and Wales.

Rishabh Pant will take over as wicketkeeper from MS Dhoni for the final two matches of India's one-day series against Australia with the former captain being rested ahead of the World Cup later this year.

The decision to rest Dhoni may signal the end of his international career in his home country, with the 37-year-old still to make an announcement on his future after the May 30-July 14 World Cup in England and Wales.

It also allows Pant the opportunity to make a late push for inclusion at the tournament, with captain Virat Kohli believing the final two games in Mohali and New Dehli the perfect opportunities for players to prove themselves.

"We will have a few changes in the next couple of games," Kohli said after Australia won the third game in Dhoni's hometown of Ranchi by 32 runs to leave India with a 2-1 advantage in the series.

"We will have to figure out what those changes are.

"But the idea is still to go out there and ask the guys to put in match-winning performances and take a lot of pride in winning for the country. That mindset will not change.

"Yes, we'll have a few new faces and they'll be given chances, and they have to make the most of the chances because there's a World Cup coming in.

"Everyone wants to be on that flight as well."

Pant has not featured in the series so far and only played three ODIs in his nascent career but is rated highly by the selectors who awarded the 21-year-old a lucrative central contract earlier this week.

The decision to rest Dhoni was not a surprise given he has been battling leg injuries and still has to play the Indian Premier League before the World Cup, while the selectors have managed the workload of key players over the last few months.

Kohli missed the final three one-day matches against New Zealand in late January, while pace spearhead Jasprit Bumrah was rested after the Test series in Australia ended in early January.

Bumrah has played the current series against Australia and looks set to get a fresh new-ball partner in Mohali on Sunday with Bhuvneshwar Kumar likely to come in for Mohammed Shami, who was hit in the leg on Friday by a shot from Aaron Finch.

"Shami got hurt in his leg so we will need to check whether he can be fit for day after (the Mohali game)," said India assistant coach Sanjay Bangar.

"If he does not get fit then Bhuvneshwar Kumar could come in."