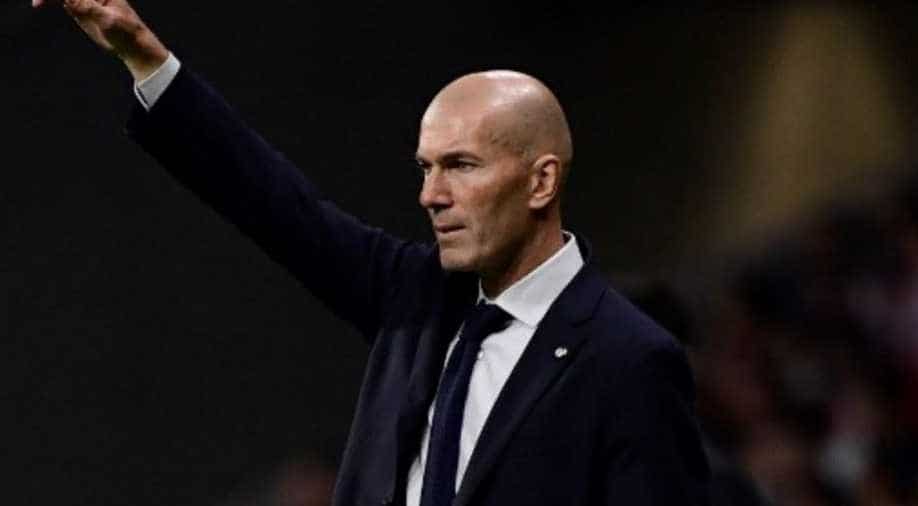 Real Madrid are back within touching distance of the top of La Liga after they punished another Atletico Madrid slip against Levante on Saturday by beating Real Valladolid 1-0.

Real Madrid are back within touching distance of the top of La Liga after they punished another Atletico Madrid slip against Levante on Saturday by beating Real Valladolid 1-0.

Atletico had the chance to stretch their lead to 11 points this week by winning back-to-back games against Levante but instead they followed a 1-1 draw on Wednesday with a surprise 2-0 loss, meaning a five-point advantage became only six.

Real Madrid cranked up the pressure again by edging to a win over struggling Real Valladolid, Casemiro's second-half header cutting the gap to just three points, albeit with Atletico still owning a game in hand.

The swing in momentum comes at a bad time for Atletico, who face Chelsea in the Champions League on Tuesday, and it feels significant given it has coincided with a resurgence, in La Liga at least, for their chasing rivals.

Real Madrid's victory at the Jose Zorilla Stadium was their fourth in a row, three of those coming with clean sheets, which suggests a return to form for a defence that all but clinched them the title last season.

Zinedine Zidane's side have done it without several key players too. Karim Benzema is the latest absentee through injury, joining the likes of Eden Hazard, Sergio Ramos and Dani Carvajal on the sidelines.

It meant a rare start for Mariano Diaz up front against Valladolid, while Isco was the only senior player named by Zidane on the bench.

Barcelona, meanwhile, play at home to Cadiz on Sunday when Ronald Koeman's side will be hoping to ease the pain of the Champions League thrashing by Paris Saint-Germain in midweek with an eighth consecutive win in La Liga. Victory would put them six points behind Atletico.

Atleti's defeat was only their second in the league this season and their first at the Wanda Metropolitano in any competition since Barca beat them there in December 2019.

They have now gone seven league games without a clean sheet, their longest run since Simeone became coach in 2011, and their hopes of tightening up will not be helped by an injury to Jose Gimenez, who hobbled off and may not be fit to face Chelsea.

"League campaigns are always the same, with big moments, difficulties, obstacles, for everyone, not only for Atletico Madrid," Simeone said. "The teams that are strong in those moments are the ones that will achieve their objectives."

Due to rearranged fixtures, they were facing Levante for the second time in four days and Levante proved their draw in midweek was no fluke, even if they had to survive 28 Atletico shots before the final whistle blew.

Luis Suarez went closest to finding an equaliser, his bending free-kick in the second half coming back off the post. Suarez has now gone three league games without scoring for the first time this season.

Jose Luis Morales had already put Levante in front with a deflected finish off Felipe and while Atletico huffed and puffed, they were unable to find a way past Levante's inspired goalkeeper Dani Cardenas.

Cardenas made 10 saves, the most from any La Liga keeper without conceding this term.

Atletico's goalkeeper Jan Oblak then went up for a corner in injury-time, leaving Jorge de Frutos to make it two from the halfway line by launching into an open net.

"In the first half we were flat," said Simeone. "In the second we created a lot of chances, Suarez hit the post -- there was a lot of positives to take."

For an hour, it looked like Real Madrid might suffer similar frustration against a determined Valladolid, who would have led had it not been for a string of excellent saves by Thibaut Courtois.

Courtois had to pull off a double stop to deny Fabian Orellana and Saidy Janko in the first half and then in the second blocked Orellana, who had been bizarrely set up by Ferland Mendy launching a ball across his own penalty area.

The Belgian kept Madrid in it and then Casemiro put them in front. Casemiro had been allowed two free headers already by Valladolid's defence and he pounced at the third opportunity, nodding in Toni Kroos' free-kick to give Real Madrid hope.