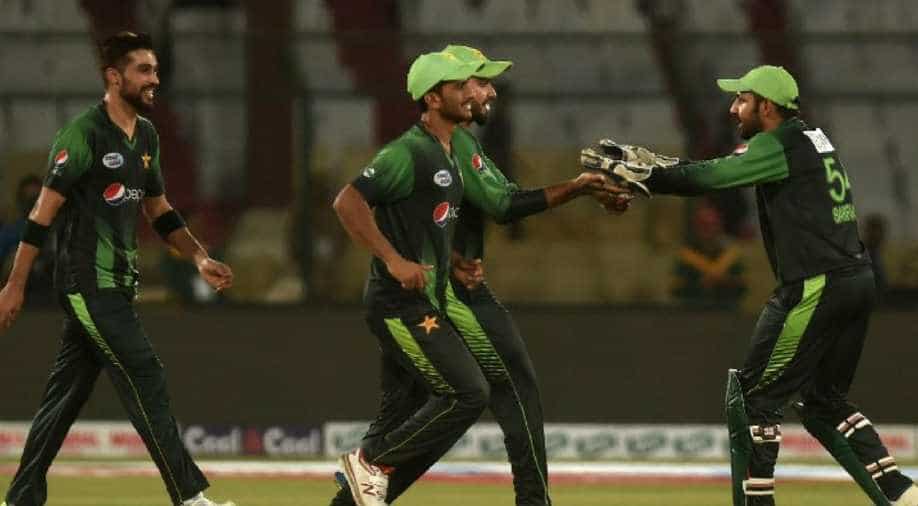 Pakistan defeated West Indies by massive 143 runs in the first T20 match of three-match series in Karachi on Sunday.

In the second innings, Windies lost all the wickets at a low scoring total of 60 and suffered the embarrassing defeat.

Marlon Samuels scored the maximum 18 runs along with him Rayad Emrit (11) and Keemo Paul (10) reached double figures for the team and five batsmen could not score a single run.

In the absence of their regular skipper Carlos Brathwaite and stars like Chris Gayle and Kieron Pollard, Windies could not face Pakistan's pace attack.

"I think we were excellent today," said Ahmed. "We have an important match tomorrow and with another win we can seal the series win," said Pakistani skipper Sarfraz Ahmed.

Jason Mohammad blamed the defeat on poor batting. He said, "It was a tough day. We did well with the ball till the last two overs. It was a good wicket, but our shot execution wasn`t good."

The second biggest win in T20I history! ?? Pakistan have bowled the West Indies out for 60 in Karachi. They win the first T20I by 143 runs!#PAKvWI Scorecard ⬇️ https://t.co/7PjtsNpQVN pic.twitter.com/QX8X1Ud6Aj