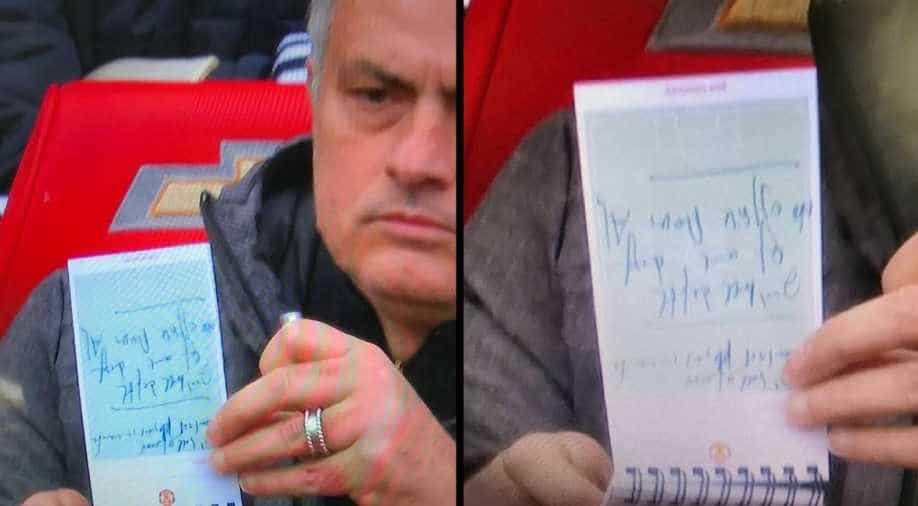 Jose Mourinho has made some notes for his team. Photograph:( Twitter )

"Perfect result. I wouldn't go so far as saying it was a perfect performance."

"In the first half, the game gave us the opportunity to be direct, fast and score goals, more than we did. We were worth the win," United manager Jose Mourinho said after registering a 2-1 victory against arch-rivals Liverpool.

The reason behind "perfect performance" could be the secret notes that Mourinho was making during the first half of the match.

Yes, secret notes!!! The Portuguese manager of the "red devils" was spotted scribbling something in his notebook.

The language was so difficult to comprehend that now the Twitterati are coming up with all possible decoding tools to understand what Jose Mourinho was actually writing.

With runaway leaders, Manchester City on course for a third Premier League title, second place is the best the chasing pack can hope for and United moved five points ahead of Liverpool.