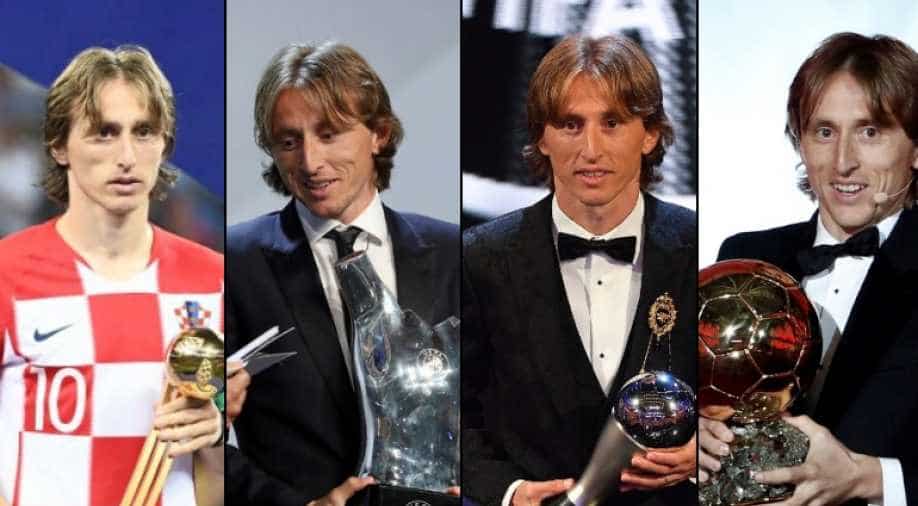 Luka Modric started the year 2018 with his tremendous performance for Real Madrid and his crucial contributions in the midfield inspired the team to win Champions League after defeating Liverpool in the final.

Croatia's star footballer then looked forward to building on the momentum and continued his preparations for the FIFA World Cup 2018.

In his leadership, Croatia reached the final of football World Cup for the first time in history, however, the team lost to France in the high-octane clash.

Despite the 4-2 defeat by France, more than 500,000 people gave captain Modric and his team a heroic welcome on their return to Croatia's capital city, Zagreb.

The 33-year-old Modric is described as a quick and creative playmaker. He believes in promoting goals and very rare shoots off-mark when he attempts to score.

With great vision, he tries to change the course of the game with a deft pass, or with a solo, long-range effort.

Modric is popular for his ability to pass the ball accurately across long or short distances, his ball control, first touch, positional play, and his ability to retain possession.

Very few would know that Modric is able to play with both feet and with the help of his clever moves, he sets the tempo of the game.

Luka Modric is the first player in history to be awarded the World Cup Golden Ball, UEFA Men's Player, FIFA Best Men's Player and Ballon d'Or in the same year.

In 2002, he was signed by his hometown club's youth team Dinamo Zagreb at age 16.

After three years, in 2005, he made his debut for Dinamo and won three consecutive league titles and domestic cups, being named the Prva HNL Player of the Year in 2007

In 2008, he earned himself a massive opportunity when he was signed by Premier League club Tottenham Hotspur for a club-record transfer fee of £16.5 million.

After the crucial move, Modric led Spurs to their first UEFA Champions League appearance in almost 50 years, reaching the quarter-finals of the 2010–11 tournament.

In the summer of 2012, Modric joined Real Madrid for a £30 million transfer fee and ever since he continued to flourish as a key player for the Spanish giants.

Luka Modric's journey from Croatian war child to the world's best footballer, a national hero in his home country and crowned the best player on the planet, is world appreciating.

In early years Modric was a child refugee. He flew the burned-out shell of a remote Croatian cottage where he spent part of his childhood.

Hidden in the folds of Velebit mountain, with the nearest neighbours several kilometres away, trees now grow inside the roofless ruin and a sign warns of "Mines - Keep out!"

The player's grandfather, also named Luka, lived in the house, lying on a mountain road winding through the Modrici hamlet.

His grandfather was killed by Serb forces, the house was burned and the family fled to the coastal town of Zadar, some 40 kilometres (19 miles) away.

It was there that Modric, born in 1985, began his footballing odyssey, drawing attention for the first time to his budding abilities.

Modric left Zadar, where he remains a legend, for Dinamo Zagreb in 2000 and then joined English Premier League club Tottenham Hotspur in 2008. After a bidding war he was snapped up by Real Madrid in 2012.