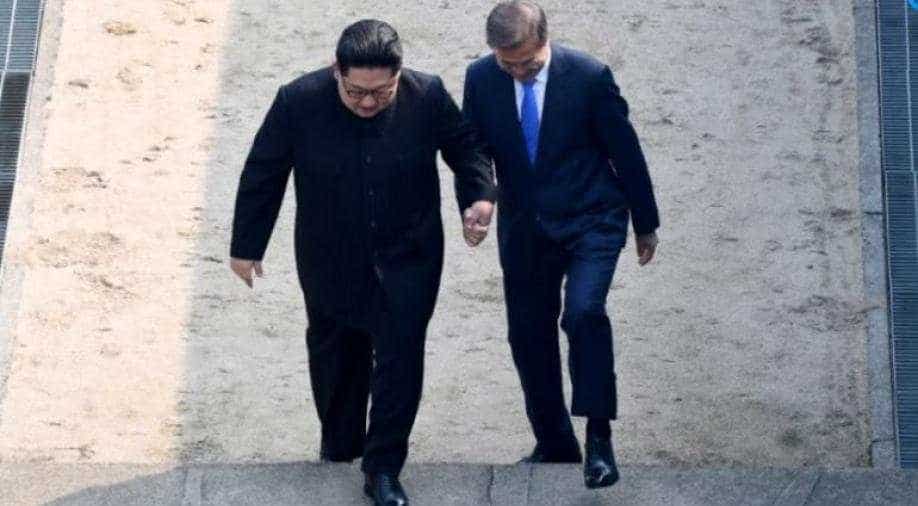 The Asian Football Confederation (AFC) confirmed that the North Koreans had requested that the game scheduled for October 15 be played at the 50,000-capacity Kim Il-sung Stadium in the northern capital.

North Korea have nominated Pyongyang as the host venue for their World Cup qualifying match against South Korea in October, clearing the way for the two countries to play on North Korean soil for the first time in almost 30 years.

The Asian Football Confederation (AFC) confirmed that the North Koreans had requested that the game scheduled for October 15 be played at the 50,000-capacity Kim Il-sung Stadium in the northern capital.

The two countries are still technically at war after the 1950-1953 conflict but the sport has in the last couple of years acted an agent for reducing tensions either side of the demilitarised zone that splits the peninsula.

In a much-feted display of unity, the two Koreas fielded a joint women's ice hockey team at the 2018 Winter Olympics in Pyeongchang and marched under a unified flag.

They have also expressed interest in jointly hosting the 2023 women's Football World Cup.

Recent rocket tests by the North Koreans have, however, brought talks about sport and other inter-Korean exchanges to a halt.

The countries last faced each other in a football international in Pyongyang in 1990.

North Korea and South Korea have been drawn together in Group H of the second round of Asian qualifying for the 2022 World Cup finals in Qatar along with Lebanon, Turkmenistan and Sri Lanka.

They were previously drawn to face each other in both the third and fourth rounds of qualifying for the 2010 World Cup finals but the games designated as home matches for North Korea were played in Shanghai.

South Korea hosted both of their home matches during the 2010 qualifiers in Seoul and both countries went on to successfully qualify for the World Cup finals in South Africa.