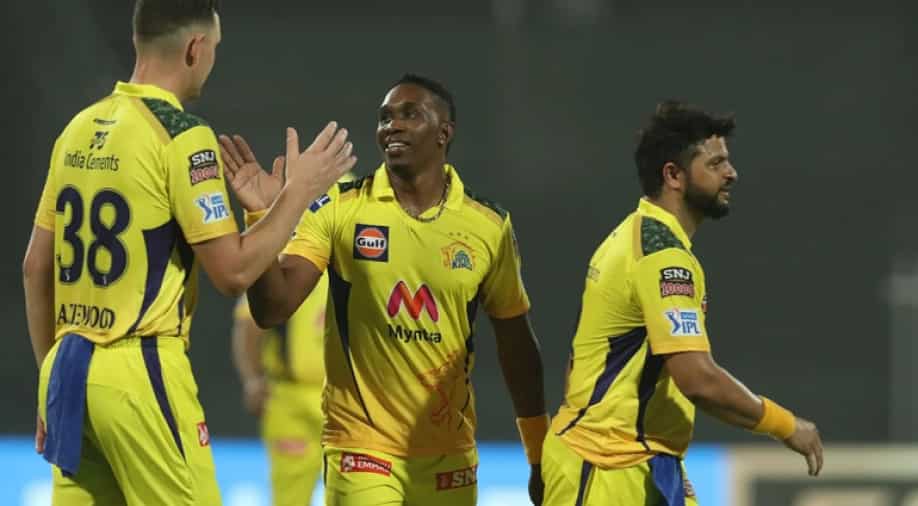 MS Dhoni's Chennai Super Kings will be up against an in-form Kolkata Knight Riders in match no. 38 of the Indian Premier League (IPL) 2021 on Sunday. Here is our prediction for the game.

The race for playoffs has started heating up in the ongoing Indian Premier League (IPL) 2021 as the tournament heads towards its business end with seven out of the eight teams in the fray to finish in the top four. Chennai Super Kings (CSK) will lock horns with an in-form Kolkata Knight Riders (KKR) in match no. 38 of IPL 2021 at the Sheikh Zayed Stadium in Abu Dhabi on Sunday.

Both CSKand KKR have made a brilliant start to their respective campaigns in the UAE leg of the tournament and are currently placed in the top half of the table. Both CSK and KKR have won both their matches so far in the second leg of the season and will be looking to continue their winning streak in Abu Dhabi on Sunday.

While CSK are currently placed second on the points table with 14 points from nine matches, KKR have eight points from as many games and a win tonight will see them pip Royal Challengers Bangalore to take the third spot on the points table. CSK had defeated KKR by 18 runs in the last meeting between the two sides at the Wankhede Stadium in Mumbai.

It was a high-scoring affair as CSK openers Faf du Plessis and Ruturaj Gaikwad went all guns blazing. The duo posted an opening stand of 115 runs and propelled the team's total to 220 runs with half-centuries apiece. Pat Cummins played a blinder to take KKR close to victory but failed to get his side over the line as his 34-ball 66 went in vain.

Another blockbuster encounter can be on the cards tonight as the two teams would look to continue their winning momentum in UAE. KKR opener Venkatesh Iyer has impressed so far in the tournament with young Gaikwad has been one of the stand-out performers for CSK. The two youngsters will hold key to the success of their respective sides in the first game of the doubleheader Sunday.

CSK vs KKR match prediction: Chennai Super Kings have an edge over Kolkata Knight Riders when it comes to the head to head record between the two sides with 15 wins in 23 games. CSK have been one of the teams to beat this season and are expected to continue their stellar run against KKR on Sunday. CSK might come out on top against Eoin Morgan & Co. in Abu Dhabi.