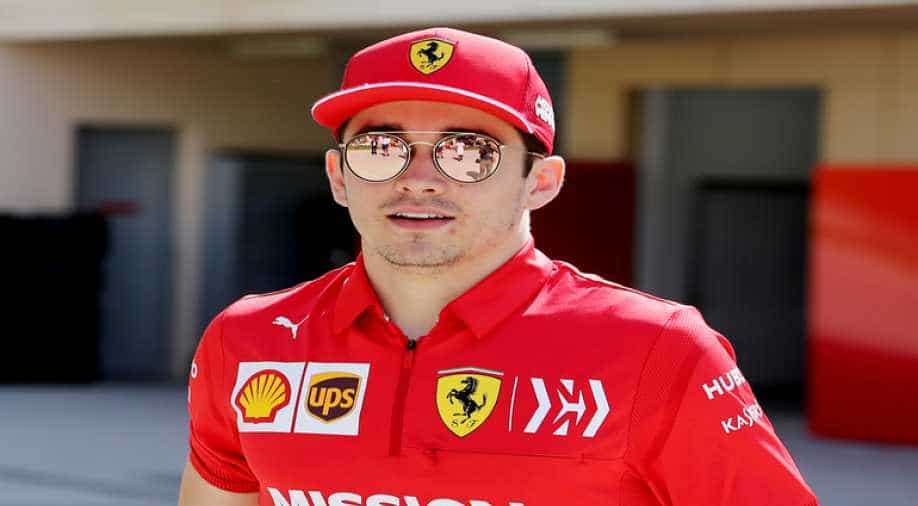 Valtteri Bottas, who won the season-opening race in Australia two weeks ago, was third quickest for Mercedes and 0.974 seconds off Leclerc's pace.

The Monegasque, in his first year with the Italian team, lapped with a best time of one minute 30.354 seconds, 0.263 quicker than Vettel, as the Ferraris set a scorching pace around the 5.4-km Sakhir desert track in the afternoon heat.

Valtteri Bottas, who won the season-opening race in Australia two weeks ago, was third quickest for Mercedes and 0.974 seconds off Leclerc's pace.

The Finn beat teammate Lewis Hamilton, who made a mistake on his quickest run and had to settle for fourth best, 1.247 seconds off the pace.

Ferrari tipped as pre-season favourites, were surprisingly slow in Australia but have the best record of any team in Bahrain with six wins from 14 races there.

Vettel has won at Sakhir for the past two years.

While Ferrari looked to be back on form, the track conditions in Friday's first session are unrepresentative of a race held in the late evening and under floodlights.

Max Verstappen was fifth for Honda-powered Red Bull after the team fixed a hydraulic leak shortly before the session started.

Teammate Pierre Gasly was sixth ahead of Carlos Sainz whose Renault-powered McLaren was fitted with new power unit elements.

Kimi Raikkonen rounded out the top 10 for Alfa Romeo. Renault's Daniel Ricciardo, running a new chassis this weekend after retirement in the Australian season-opener, was 11th.

Fallen former champions Williams again propped up the time-sheets. British rookie George Russell, who survived a spin, was 19th ahead of Poland's Robert Kubica. Both drivers were 3.8 seconds off the pace.

Canadian Lance Stroll spun out early in the session gently nudging his Racing Point into the barriers while Alfa Romeo's Italian Antonio Giovinazzi banged wheels with Hulkenberg's Renault in the dying seconds.

DC vs KXIP, IPL 2020 Live Streaming: When and where to watch Delhi Capitals vs Kings XI Punjab?