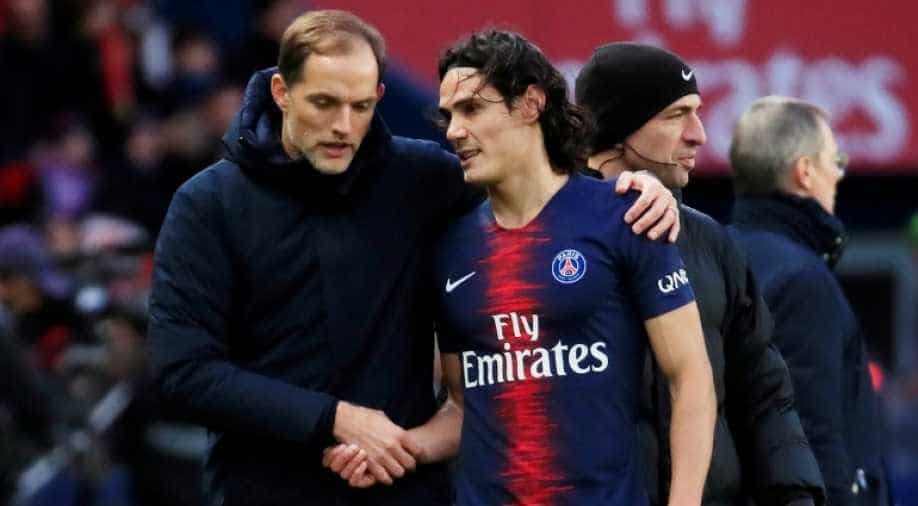 A source inside the club said Cavani's absence had been acknowledged, the report said without elaborating.

A source inside the club said Cavani's absence had been acknowledged, the report said without elaborating.

Uruguay striker Cavani sustained a thigh injury in Saturday's 1-0 Ligue 1 victory over Girondins de Bordeaux adding to PSG's injury woes ahead of the last-16 first leg against a resurgent United side.

PSG are already without Neymar, who was ruled out with a foot injury, leaving the French side with only Kylian Mbappe as a world class striking option.

"The club will issue a statement later during the day. In my opinion, the news will not be good," PSG coach Thomas Tuchel told French TV channel TF1 earlier on Sunday.

"There is a glimmer of hope. We always hope, but the first exam was not good."

Cavani picked up the injury at the end of the first half and he limped off the pitch holding his right thigh shortly after scoring the only goal with a penalty.