Caster Semenya says gender rules 'do not empower anyone' 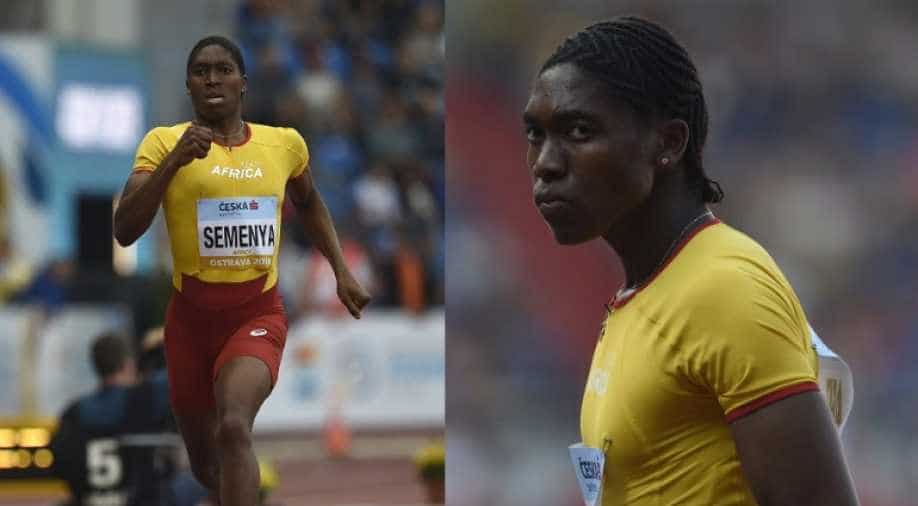 The controversial measures would force so-called "hyperandrogenic" athletes or those with "differences of sexual development" (DSD) to seek treatment to lower their testosterone levels below a prescribed amount if they wish to continue competing as women.

Double Olympic 800 metres champion Caster Semenya said Tuesday that proposed rules that would oblige her to lower her testosterone levels "do not empower anyone".

The South African appeared Monday at the Court of Arbitration for Sport in Lausanne at the start of a landmark hearing to challenge the rules proposed by the International Association of Athletics Federations (IAAF).

The controversial measures would force so-called "hyperandrogenic" athletes or those with "differences of sexual development" (DSD) to seek treatment to lower their testosterone levels below a prescribed amount if they wish to continue competing as women.

A statement issued by Semenya's legal team said she believes "she and other women affected by the regulations should be permitted to compete in the female category without discrimination" and that they should be "celebrated for their natural talents as are all other athletes with genetic variations".

The statement continued, "The IAAF's regulations do not empower anyone. Rather, they represent yet another flawed and hurtful attempt to police the sex of female athletes."

The IAAF says it is introducing the rules to create a "level playing field" for other female runners.

The track and field body says, "If a DSD athlete has testes and male levels of testosterone, they get the same increases in bone and muscle size and strength and increases in haemoglobin that a male gets when they go through puberty, which is what gives men such a performance advantage over women."

On Monday, Semenya accused the IAAF of breaching confidentiality rules after it published the names of five expert witnesses who will appear to testify on its behalf.

Semenya published her own list of expert witnesses who will speak in support of her this week, including Professor Veronica Gomez-Lobo, professor of Obstetrics and Gynaecology at Georgetown University in the United States.

The South African government says the rules specifically target Semenya and has called them a "gross violation" of her human rights.

Semenya is not the only athlete potentially affected by the new rules -- the two athletes who finished behind her in the Rio Olympics 800m, Francine Niyonsaba of Burundi and Kenya's Margaret Wambui, have also faced questions about their testosterone levels.

A judgement in the case is expected by the end of March.