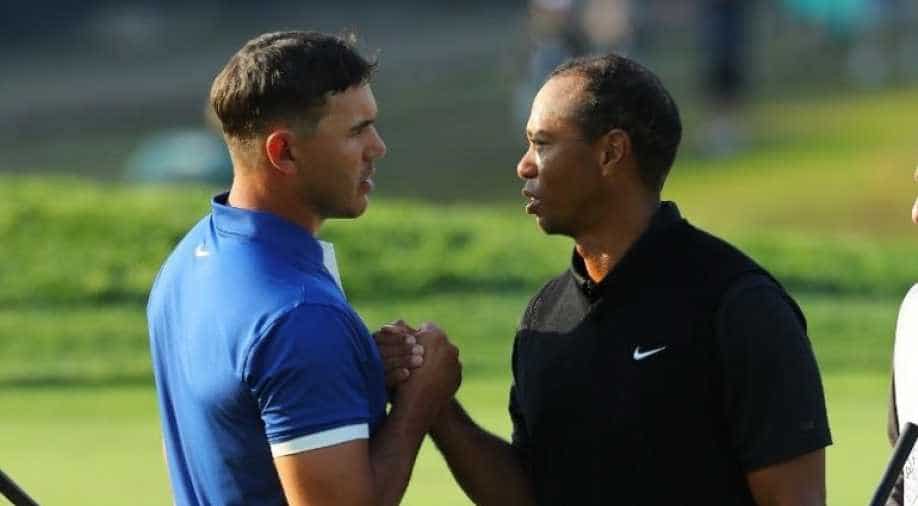 Koepka is scheduled to tee off at 1:47 pm (2047 GMT) alongside British Open champion Francesco Molinari of Italy and US Amateur champion Viktor Hovland of Norway

Brooks Koepka launches his bid for a historic US Open treble on Thursday at Pebble Beach, where Tiger Woods once separated himself from all rivals and now returns chasing a 16th major.

Pebble Beach, where Woods won the first of his three US Opens in 2000 with a breathtaking 12-under par total and a crushing 15-stroke margin, is a vastly different player now at 43 and with spinal fusion surgery behind him.

But he cemented his return to golf's elite with his 15th major win at the US Masters in April.

He has risen to fifth in the world rankings led by Koepka, who has won four majors in less than two years - back-to-back US Opens in 2017 and 2018 and back-to-back PGA Championships in 2018 and last month at Bethpage Black.

With his win at Shinnecock Hills, last year Koepka became the first player since Curtis Strange in 1988-89 to win the conecutive US Opens.

Willie Anderson, from 1903-05, is the only player to have won three straight.

"I'm not thinking about it," Koepka said of his treble chance. "I know the odds are stacked up probably even more against me now. It's hard to win the same event three times in a row."

But he likes the idea of pursuing history at Pebble, where prior editions have produced champions such as Jack Nicklaus, Tom Watson and, of course, Woods.

The beauty of Pebble Beach's coastal views can distract from the challenge it presents, especially with the pinched fairways and deep rough of a US Open.

"The rough is definitely going to be a factor this week. Very juicy. You need to put the ball in the fairways," Koepka said.

"These greens are so small, you can almost put it in the centre of every green and have 20 feet, no matter where the flagstick is. It really comes down to who's going to make putts," Koepka said.

Woods said the 7,075-yard, par-71 course is playing similarly to the last time it hosted the US Open in 2010 when Northern Ireland's Graeme McDowell won.

"We're all going to be playing from virtually the same spots, and especially if it dries out," Woods said.

"How you put the ball in the correct position is key... We don't have greens like this, this small and steep, so it puts a premium on iron play."

Koepka is scheduled to tee off at 1:47 pm (2047 GMT) alongside British Open champion Francesco Molinari of Italy and US Amateur champion Viktor Hovland of Norway.

Woods tees off at 2:09 pm alongside former US Open winners Jordan Spieth and Justin Rose.

McIlroy, who goes off the 10th tee with Spain's Jon Rahm and Australian Marc Leishman at 7:51 am, is seeking to add to his tally of four majors for the first time since 2014.

The Northern Ireland star is riding high after a seven-shot victory romp at the Canadian Open on Sunday, his second win of the season after the Players Championship.

Johnson, who was leading at Pebble in 2010 when he ballooned to a final-round 82, tees it up alongside that year's winner McDowell and Mickelson - a five-time major winner still seeking to complete the career grand slam with a first US Open title.

Johnson has won the US PGA Tour's Pebble Beach National Pro-am twice and finished runner-up twice. Despite his disappointment in the 2010 US Open, he remains a fan of the course and a favourite to contend.

"What's not to like. The golf course is fantastic from start to finish," Johnson said.