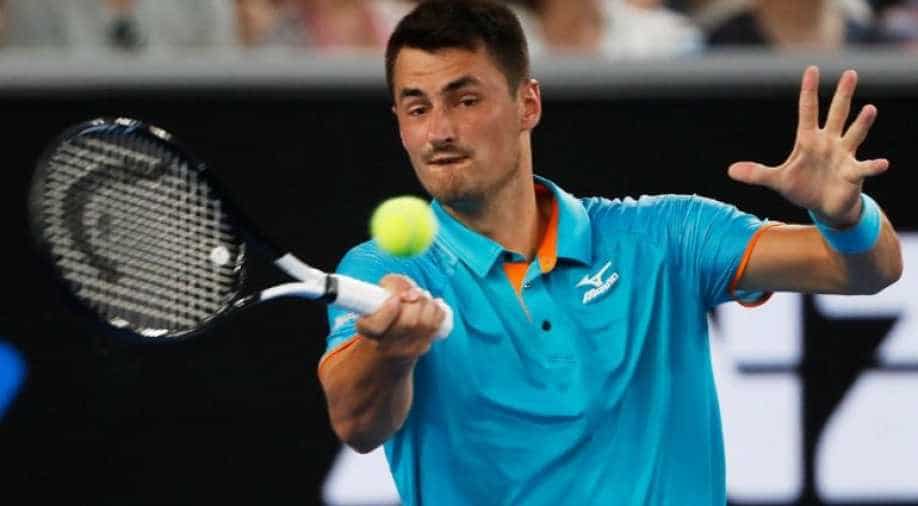 Tomic lost his first-round match 6-2, 6-1, 6-4 to France's Jo-Wilfried Tsonga at Wimbledon and was fined his entire winnings of $56,241 after organisers ruled he had put in minimal effort in the 58-minute defeat

Australian Bernard Tomic's appeal to overturn a fine for not playing to "required professional standards" at Wimbledon earlier this month has been denied in a stinging rebuke by the Grand Slam board.

Tomic lost his first-round match 6-2, 6-1, 6-4 to France's Jo-Wilfried Tsonga at Wimbledon and was fined his entire winnings of $56,241 after organisers ruled he had put in minimal effort in the 58-minute defeat.

The 26-year-old Tomic appealed the decision, citing the fact he was unwell before the match, while Tsonga added that he felt his victory had been devalued.

The board, however, refused to overturn their original decision and heavily criticised Tomic's attitude to tennis.

"A review of your historical record of misconduct at Grand Slams, never mind elsewhere, provides little justification for an adjustment," board director Bill Babcock wrote in the decision letter that was published by the New York Times.

"In your case, Bernard, I am sure you would agree there is no historical evidence to give comfort to the theory that you can reform your behaviour."

Babcock added that if Tomic goes without a sanction in his next eight Grand Slam events then he would be refunded 25 per cent of the fine.

"Admittedly, I am sceptical that you can achieve this reform of Grand Slam on-court behaviour," Babcock added. "Many others, no doubt, would be even more than just sceptical.

"Good luck and I hope to be pleasantly surprised in the future by your successful reform."

Tomic, however, said he would appeal the decision further.

"I don't care about this 25 per cent; I care about the right thing for players in the future," he told the newspaper.

This year's tournament was not the first time Tomic has run afoul of tennis officialdom.

He was nicknamed 'Tomic the Tank Engine' after accusations he 'tanked' -- or failed to try his best -- in a loss to Andy Roddick at the 2012 U.S. Open.

Tomic also said after his first round loss at Wimbledon in 2017 that he was 'bored' during the match.

He has also been periodically suspended from Australia's Davis Cup team over the last five years for what Tennis Australia have called "ongoing disrespect".