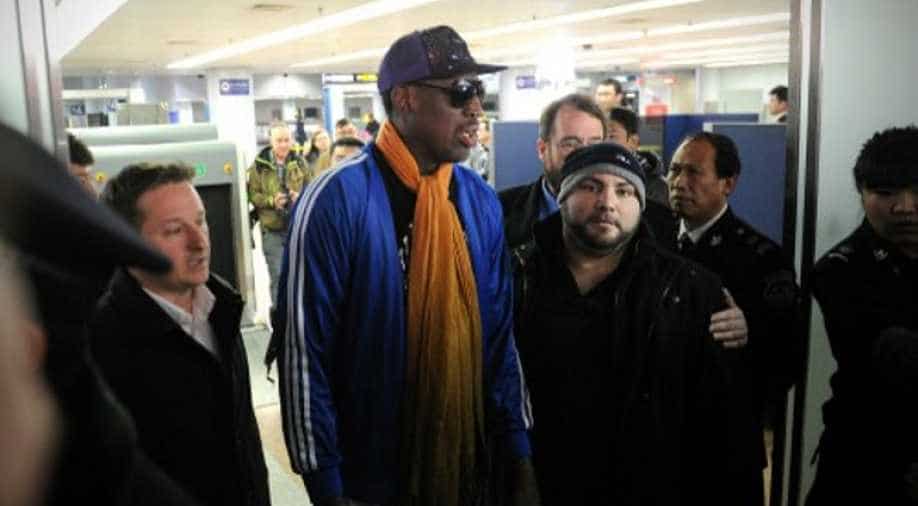 Rodman was charged with misdemeanor counts of hit and run with property damage, driving a motor vehicle across a divide, giving false information to a police officer and driving without a valid license. Photograph:( AFP )

Former National Basketball association (NBA) star Dennis Rodman was charged with hit and run, and property damage on Monday for driving the wrong way on a freeway and causing a car crash, police said.

Rodman was charged with misdemeanor counts of hit and run with property damage, driving a motor vehicle across a divide, giving false information to a police officer and driving without a valid license.

If convicted on all charges, the five-time NBA champion and seven-time NBA rebound champion faces a maximum of two years in county jail.

Police say that in the early morning hours of July 20, Rodman drove a sport utility vehicle north in the southbound carpool lane of Interstate 5 in Santa Ana and drove head-on toward a sedan, causing the driver of that vehicle to swerve into a dividing wall to avoid a collision with Rodman's vehicle.

Police say Rodman did not exchange information with the other driver and fled the scene before police arrived.

Rodman became best known for his outrageous behavior and appearance -- tattoos, body piercings and dyed hair among his trademarks -- during an NBA career that lasted from 1986 to 2000, including titles with Detroit in 1989 and 1990 and alongside Michael Jordan with the Chicago Bulls from 1996-1998.

After his NBA career, Rodman played in Mexico, Britain, Finland and the Philippines. He promoted gambling websites, vodka and backed US President-elect Donald Trump's bid for the White House, having appeared with him on the television show Celebrity Apprentice.

Rodman also made three notable visits to North Korea within 12 months in 2013 and early 2014, meeting leader Kim Jong-un and bringing a team of ex-NBA players for exhibition games against North Korea's national team, one on Kim's birthday.