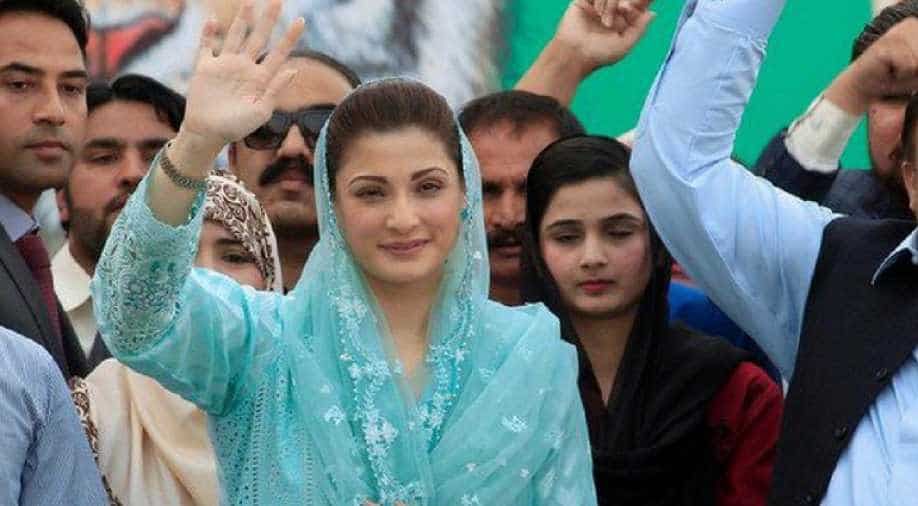 The PML-N vice president further said that she had to undergo a 'little surgery' which is not possible in Pakistan. "But despite this, I will not leave Pakistan. I will live and die in my country," she asserted.

Pakistan's deposed prime minister Nawaz Sharif's daughter Maryam Nawaz said on Monday that she will not leave the country to join her father in London for her treatment despite the Imran Khan government's apparent offer to go abroad.

"Even if someone (from the government) comes to my home and offers me to go abroad, I will decline it straight away," she said while talking to reporters at her Jati Umra Raiwind residence here.

"I know some ministers are saying that if Maryam is allowed to go abroad the opposition's movement (against the government) will fizzle out. But let me make it clear that I will not leave my country come what may, and will not seek the removal of my name from the no-fly list," she said.

The PML-N vice president further said that she had to undergo a 'little surgery' which is not possible in Pakistan. "But despite this, I will not leave Pakistan. I will live and die in my country," she asserted.

Pakistan Interior Minister Sheikh Rashid Ahmed has said that the PML-N supremo Nawaz Sharif's passport will be cancelled on February 16.

Sharif has been living in London since November 2019 after he was allowed to leave the country for medical treatment.

Adviser to the Prime Minister on Accountability and Interior Mirza Shahzad Akbar said that United Kingdom authorities had been asked to deport the convicted former prime minister from their country.

He said Pakistan had written a letter to the UK to cancel the visa of Sharif which was issued for medical treatment after taking an undertaking.

Prime Minister Imran Khan in October said he would contact British Prime Minister Boris Johnson, if needed, to discuss his deportation and his adviser Akbar wrote a letter to British Home Secretary Priti Patel on October 5 urging her to deport the former premier whom he said is responsible for pillaging the state.

Maryam has alleged that the "selectors" (a reference to the army chief Gen Bajwa and others) are being questioned within the institution regarding imposing inept and incompetent Imran Khan on the nation.

"Now voices are being raised within the institution for imposing this incompetent Imran on the nation who made the lives of the people miserable," she said and lamented "inhuman statement" of Sheikh Rashid regarding use of water cannon on protesting government employees.

Rashid had said that the government had tested water cannon on the employees. "Tomorrow, this government will say that it is using the atomic bomb on the masses to test it," Maryam said.