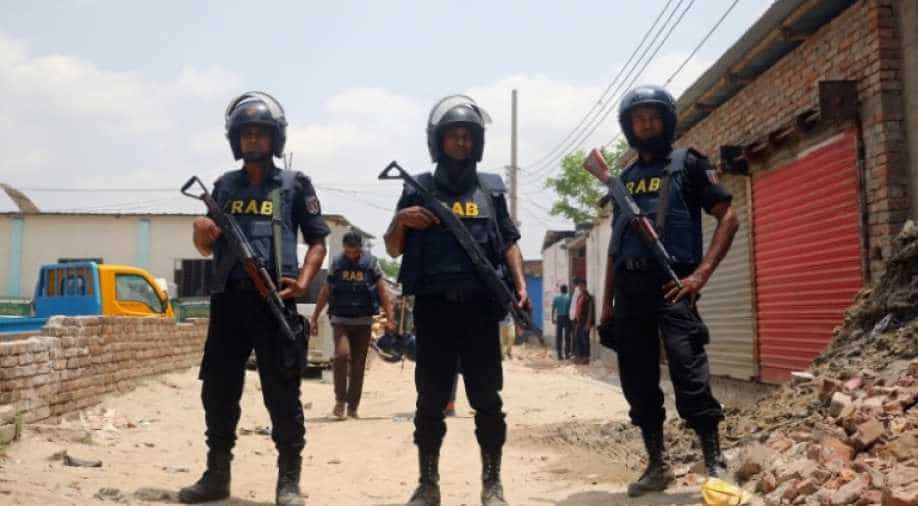 The explosives that lead to the blast in a police pick-up van in Dhaka's Malibagh on Sunday night might have been planted, Dhaka Metropolitan Police (DMP) Commissioner Asaduzzaman Mia said on Monday.

A police officer and two others were injured in a powerful blast claimed by the Islamic State in Bangladesh's capital.

The explosives that lead to the blast in a police pick-up van in Dhaka's Malibagh on Sunday night might have been planted, Dhaka Metropolitan Police (DMP) Commissioner Asaduzzaman Mia said on Monday.

"We think it (the explosive) was kept in the car and not hurled at the police," he said while talking to reporters after visiting the injured at Dhaka Medical College Hospital.

"Based on primary investigation, we think it was an improvised bomb, but it was more powerful than the usual ones used here," he said.

An assistant sub-inspector and two others were injured in the explosion.

He said police have yet to identify the culprits.

Meanwhile, US-based SITE Intelligence Group said that IS has claimed responsibility for the blast targeting the police van in Dhaka.

Terming the incident as an act to spread fear, the DMP chief said: "If they (the attackers) wanted, they could have killed our police officials."

"Attacking a police vehicle or checkpost is a move to break down the police's morale and its initiative to oust terrorism from Bangladesh, he said.

The government has consistently ruled out the presence of the dreaded terror group in the Muslim-majority nation though experts have been maintaining that series of brutal attacks on minorities and secular activists had the hallmarks of ISIS group.

Bangladesh launched a crackdown on Islamist militants following the July 2016 terror attack in which terrorists stormed a Dhaka cafe and killed 22 people, including 18 foreigners, by firing indiscriminately. The ISIS claimed responsibility for the attack.

In nationwide raids since then, the security forces have killed around 100 terrorists and detained several others.