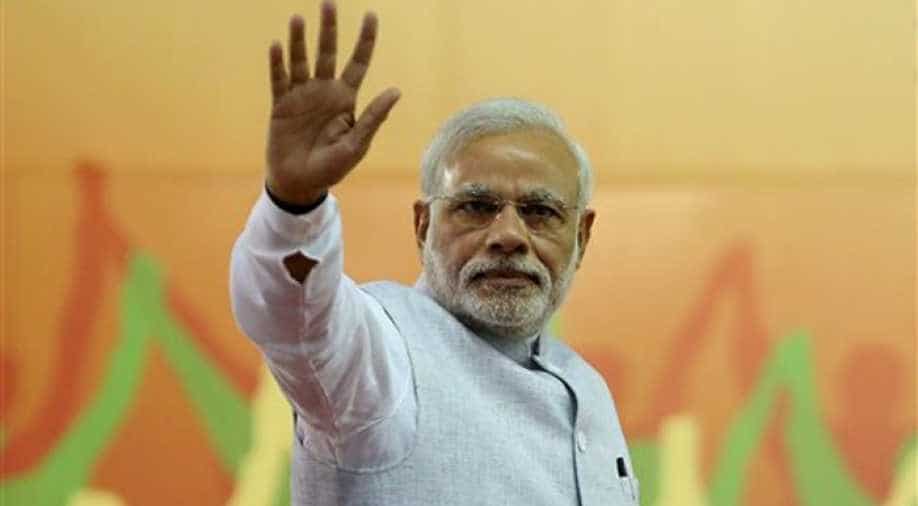 The Prime Minister will also be visiting the hilly regions of Sri Lanka that host tea plantations. He will be inaugurating a 150-bed multi-specialty hospital at Dikoya. Photograph:( Zee News Network )

PM Modi started his trip with a visit to the Seema Malaka temple, one of Sri Lanka's oldest Buddhist places of worship, and took part in the traditional lamp-lighting ceremony.

Modi, accompanied by Sri Lankan Prime Minister Ranil Wickremesinghe, prayed and offered flowers at the temple, which is a part of Gangaramaya Temple that is more than 120 years old.

Modi entered the holy sanctum of the temple and lit lamps - a traditional practice - on the eve of the International Vesak Day celebrations, the biggest festival of Buddhists.

The Gangaramaya Temple is situated in bustling inner-city Colombo near the scenic Beira Lake. The temple complex is a popular tourist site, a place of worship, and a learning and vocational training centre.

The temple's architecture demonstrates an eclectic mix of Sri Lankan, Thai, Indian, and Chinese architecture. Several welfare services, including an old peoples' homes, a vocational school, and an orphanage are run from the temple complex.

The temple is uniquely attractive and tolerant to congregation members of many different religions.

On reaching Colombo, Modi tweeted, "I am happy to be in Sri Lanka, where I will join the International Vesak Day Celebrations."

Modi is here primarily to participate in the 14th International Vesak Day celebrations tomorrow in Colombo with Sri Lankan President Maithripala Sirisena and PM Wickremesinghe as the chief guest.

Before leaving for Colombo, he wrote in a Facebook post that it was an honour for him to join these celebrations with President Sirisena and PM Wickremesinghe.

Vesak marks the birth, enlightenment and the passing of the Buddha. It was officially recognised by the United Nations in 1999. Sri Lanka had played an essential role in the recognition of this day, and India too had supported its neighbouring country in the initiative.

This is Modi's second bilateral visit to Sri Lanka in two years. He last visited the island nation in March 2015.  However, this visit is apolitical.

"Will be in Sri Lanka for a two-day visit during which I will join Vesak Day celebrations & other programmes," PM Modi had earlier tweeted.

Sri Lanka is hosting the event for the first time.

Various religious and political leaders, especially from the countries with Buddhist connection, will be attending the event.

During his visit, Prime Minister Modi will also be attending the lamp lighting ceremony at Gangaramaya Buddhist Temple in Colombo. He will also be unveiling a plaque at the faculty of the Kandyan dance which is being constructed with India's assistance.

The Prime Minister will also be visiting the hilly regions of Sri Lanka that host tea plantations. He will be inaugurating a 150-bed multi-specialty hospital at Dikoya.

India will be giving an aid of US$2.6 billion for the hospital. Sri Lanka's hilly regions home Indian Tamil people who work in tea plantains.