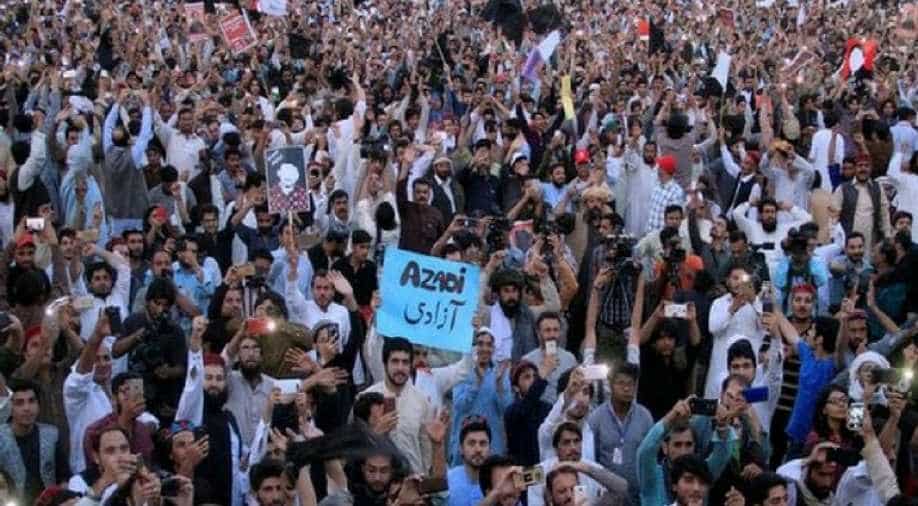 Despite getting no permission from Lahore Police, Pashtun Tahafuz (protection) Movement supporters held a huge rally here on Sunday.

Thousands of protesters gathered at Lahore's Mochi Gate and called for an end to alleged enforced disappearances and extrajudicial killings of the members of their community.

Though many local media outlets refrained from covering the event, allegedly under the pressure of Pakistan Army, the news of the same still managed to make it to the social media through Twitter.

A Twitter user, Jehangir Khan Wazir, who claims to be associated with Pakistan Tehreek-e-Insaf's youth wing, posted a video clip on Twitter, wherein many protesters could be seen raising slogan against the army.

According to The Dawn, at the event, it was also announced that one more protest rally would be held in Karachi on May 12 to condemn the 2007 violence.

The movement was started by young Pashtun activists who are demanding an end to what they say are human rights violations by authorities in the country's tribal regions.

They have been calling for the removal of military checkpoints in tribal areas and an end to "enforced disappearances" in which suspects are detained by security forces without due process.