Children's Day: No child should go to bed hungry 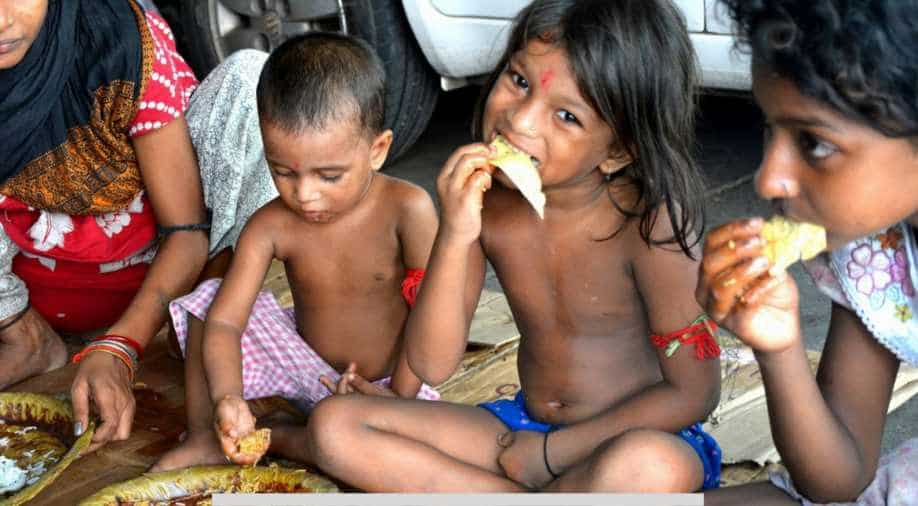 20 crore Indians sleep hungry on any given night Photograph:( WION )

Hunger as a global problem does not majorly arise due to a shortage of food?if at all it does, but because of mismanagement and imbalances in storage facilities, ease of access and a problem with our collective conscience.

Chandra Shekhar Kundu from north Indian state West Bengal couldn’t sleep one night when he saw two kids scavenging for food in a trash can. They looked malnourished and seemed desperate to find anything to eat. Shekhar was out that night, throwing trash after celebrating his son’s birthday. He went back home looking for anything to give them but had no luck. He then tried to chance upon any eatery that might be open but came back disheartened.

That night, Chandra Shekhar Kundu, a computer science teacher at an engineering college did not sleep at all as he “couldn’t get their image out of (his) head. It stuck”.

According to a recent report published by the UN’s Food and Agricultural Organisation (FAO), one-third of the food produced in the world for human consumption every year, approximately 1.3 billion tonnes, gets lost or wasted. This, when The Hunger Project reports, roughly one in nine people in the world do not have enough to eat.

The world statistics indicate that hunger as a global problem does not majorly arise due to a shortage of food if at all it does, but because of mismanagement and imbalances in storage facilities, lack of access and a problem with our collective conscience.

“My conscience, it is what didn’t let me sleep that night”, says Chandra Shekhar Kundu.

My conscience, it is what didn’t let me sleep that night.

After that fateful night, Shekhar went back to college and with the help of some of his students made a documentary on food wastage. The film helped raise awareness in college and thus led to a reduced food wastage in the college canteen. It was his first victory.

Shekhar then started an organisation called Food Education and Economic Development (FEED) in 2016 to procure and provide food to the underprivileged and hungry kids in his area under Save Food, Save Life initiative. Shekhar along with a group of 135 students, teachers and social activists have tied up with hostels and mess facilities of Police and CISF barracks. He says, “We get our stock of food from these barracks, their hostel and canteens. We are able to feed 100 children daily with this food that would have otherwise been wasted. Also, if anyone has leftover food then they call us on the helpline number and we go collect it. This food, I mention, is always fresh and not stale ever.”

One-third food produced every year is wasted. A kid here in the picture enjoying his food given by volunteers of FEED. (WION)

His initiative is now also recognised by the Food and Agriculture Organisation of the United Nations where he discusses ways to improve upon his work. He, however, feels that the government is not very proactive in its approach to reducing food wastage. He adds, “I wrote to the President of India about how this wastage should stop but there was no campaign, no reply till three months. But the State government was much more supportive.”

A Mere Topic of Discussion?

Discussed regularly at world forums now, food wastage as an issue has taken the shape of an intellectual and politicised discourse.

Recognised institutes undertaking the job of studying the problems of food wastage report that the wastage happens at every level and in different ways globally. In developed countries of the Western world, consumers contribute to food wastage in high amounts while in lesser developed and developing countries like India, it happens at the retailer stage where prepared food is being sold.

Shekhar adds, “When I started, I went around asking for leftover food of the day from various hotels and restaurants but I didn’t get a positive response. They just wouldn't agree to give; their major concern would be ‘what if someone falls sick after he or she eats, then who will take the responsibility?’ It was very tough to convince them that we would deliver the food within one hour’s time."

Hotels wouldn't give leftover food--their major concern would be ‘what if someone falls sick after eating, then who will take the responsibility?’

So, in practice, these major retail eatery joints are happy throwing away the leftover food but not give it to those who need. That is where we, as a society, have failed.

While Chandra Shekhar Kundu continues to serve the underprivileged children in his vicinity with food and has recently opened a kindergarten school to educate those who can’t afford, there is Islamic Relief Foundation which started a campaign called #GiftAMeal to feed the poor and underprivileged on the occasion of Ramadan, irrespective of their caste, creed or religion.

The campaign in India sourced its food from large restaurant chains like Nazeer Foods, Saleem’s, Al Bake, Karim’s and Hotel River View once a week for for a month. Thus, during the holy month of fasting, the organisation was able to feed poor people belonging to slum clusters, raiin baseras and homeless who sleep on the streets of Delhi and around the National Capital Region.

With an aim of feeding 5000 people in one month, Akmal Shareef, Islamic Relief India’s Head of Mission for India and Nepal says, “The smiles on people's face when they get this Ramadan special food is the satisfaction that keeps us going. It is encouraging to see so many restaurants coming together with Islamic Relief India to feed the poor and homeless of Delhi during the month of giving of Ramadan.”

While most hotel chains and restaurants often shy off from contributing their surplus food to the needy, more number of hospitality chains are adopting this in an organised manner. A prominent hotel chain Manager* says, “The hospitality sector is evolving and is now progressively incorporating elimination of food wastage as part of its CSR practices. It not only improves brand awareness and loyalty of customers but also makes the company feel good about itself.”

Hotels now adopt elimination of food wastage as part of their CSR practices, as it improves their brand awareness and loyalty of customers.

It has been seen that brand support for cause-related social issues helps create novelty for reputable hotels and restaurants. Donating of food for big chains is a matter of doing good business which involuntarily becomes a means of tackling with food waste.

But this isn’t enough.

A study conducted by Indian Institute of Management, Kolkata in 2016 revealed that only 10 per cent of food gets cold storage facility in India. This, when accompanied by inappropriate supply chain management, results in India wasting food both at pre and post-harvest.

India ranks 63 among 88 countries in Global Hunger Index with 20 crore Indians sleeping hungry on any given night, but in spite of this, nearly 21 million tonnes of wheat are wasted in India each year instead of reaching the needy.

India is not unique to food wastage but it needs to learn a lot from the world countries in tackling with hunger. In February 2016, the French national assembly voted to ban supermarkets from throwing unsold food that had not spoiled. Some restaurants in Germany ask people to pay extra if they do not finish the food on their plate. Scotland was able to reduce food wastage in restaurants by providing them with doggy bags so they could get leftover food packed and some even give an option of changing portion sizes. Wonder what we are waiting for?

* Name of person and hotel chain withheld upon request for anonymity 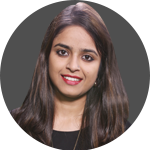 Zeba is a fashion and lifestyle reporter who has a keen eye for literature and everything vintage. She dreams of writing travel stories from every part of the world.