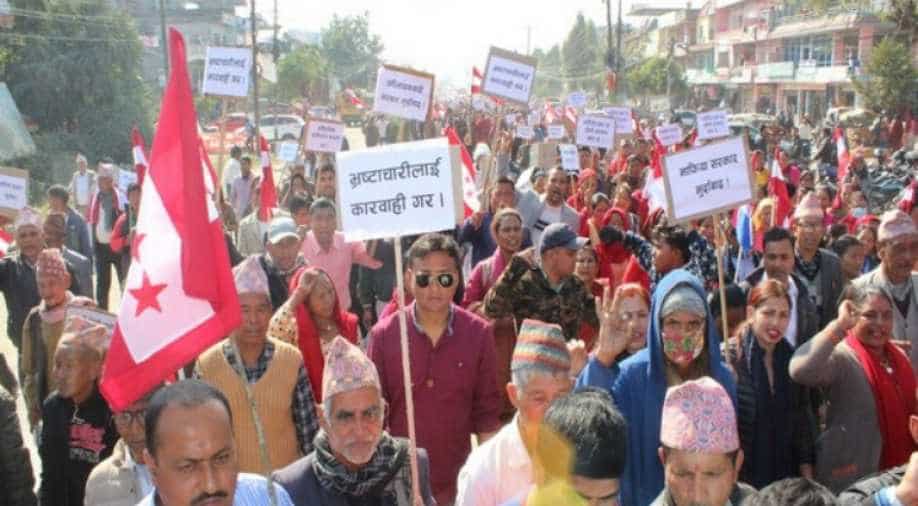 The Nepali Congress (NC), which is also the largest opposition party, claim that the anti-government protest rallies were organized in all the 77 districts of the country against the 'tyranny of the State'.

While making the decisions from the council, the government has been making decisions on its own.

"Without inviting or informing Sher Bahadur Deuba over the meeting you have heard that the ambassadors were appointed. The Nepali Congress then denounced the meeting. This is proof of the incumbent Communist Party’s Prime Minister and the Oli Government not following the democratic process, not as per the Constitution but going against it and defying it which works against the public will,” Nidhi further said.

The NC, which is also the largest opposition party, claim that the anti-government protest rallies were organized in all the 77 districts of the country against the “tyranny of the State”.

Along with this, the opposition has also blamed the government of marching against the will of the Constitution - Defying it, playing role in consolidating corruption, rape and crime, hefty hike in the market price, tax burden and bad governance.

The Central Committee meeting of the opposition Nepali Congress last month decided to organize demonstrations against the government.

The opposition previously has shown its solidarity over the demands of so-called `social activist` Dr Govinda KC when it staged protests in the Parliament, throwing the procession off the track.

The NC has also protested against the government’s step of endorsing the National Medical Education Bill, despite the protests and the objections.