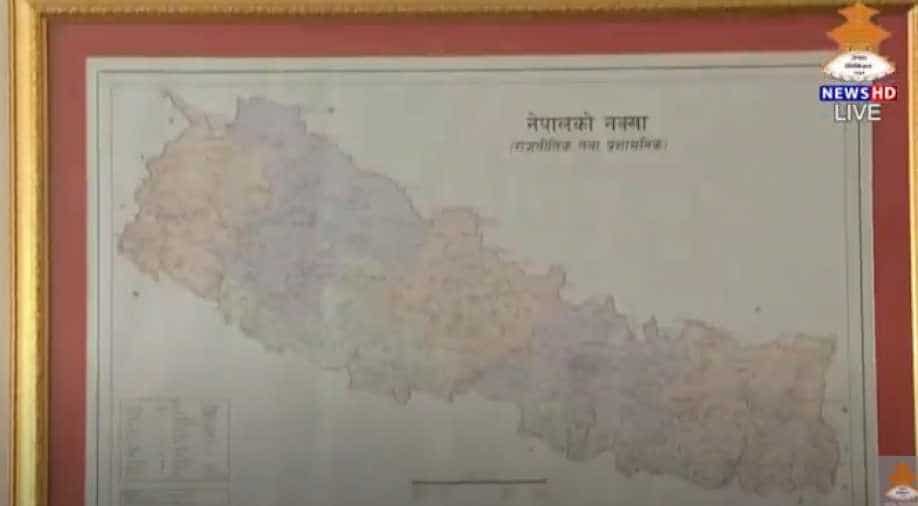 All parties including the ruling Nepal Communist Party, the largest opposition Nepali Congress and the third largest Janata Samajbadi Party supported the bill. Nepal PM KP Sharma Oli was present in the House when speeches were delivered and the voting took place.

The Lower House of Nepal's Parliament on Saturday unanimously voted to amend the Constitution to update the country's new political map, laying claim over the strategically key areas of Lipulekh, Kalapani and Limpiyadhura along the border with India.

Ahead of the passage, several MPs spoke on India Nepal ties -- recalling the age-old ties. Everyone backed the amendment bill that stands to irk New Delhi.

All parties including the ruling Nepal Communist Party, the largest opposition Nepali Congress and the third largest Janata Samajbadi Party supported the bill. Nepal PM KP Sharma Oli was present in the House when speeches were delivered and the voting took place.

Nepal Foreign Minister Pradeep Gyawali was quick to tweet about the development. He said, "The House of Representatives unanimously adopted the Constitution Amendment Bill, paving the way for accommodating the updated political-administrative map in the national emblem."

Also read | After India, Nepal risks severing ties with US for China

The bill now goes to the Upper House of the Nepali Parliament -- the National Assembly where the same procedure will be followed. After passage in the House and accent by the Nepal President, the law or the amendment will come into force giving constitutional backing to their map which is at the heart of diplomatic row with India.

The Nepal government last month released the new map which showed Indian territories of Lipulekh, Kalapani, Limpiyadhura as its own. While that was an executive act, the changing of the coat of arms -- which has the Nepal Map -- needs to happen by amendment of the constitution.

Under the treaty of Sanguli signed between Kathmandu and British Raj in 1800, India's border with Nepal in eastern part is decided by river Kali, but towards its origin, the current issue remains.

Nepal is keen for foreign secretary-level talks on the issue. India's government has said it is open to talks but an "environment of trust and confidence" needs to be built.

The Ministry of External Affairs (MEA) said, "India is open to engaging with all its neighbours on the basis of mutual sensitivity and mutual respect, in an environment of trust and confidence. This is a continuous process and requires constructive and positive efforts."

The map row broke after India's defence minister inaugurated a road till Lipulekh which Nepal says is its own territory. It was followed by Nepal FM Pradeep Kumar Gyawali meeting Indian envoy to Nepal Vinay Mohan Kwatra and Nepali Foreign Ministery.

Ruling party Nepal Communist Party later issued a strongly worded release protesting the new road built by India that will reduce the time for Indian pilgrims to go for Mansarovar Yatra in Tibet, China. It was followed by a strong protest by India who reminded Kathmandu that it is Indian territory.