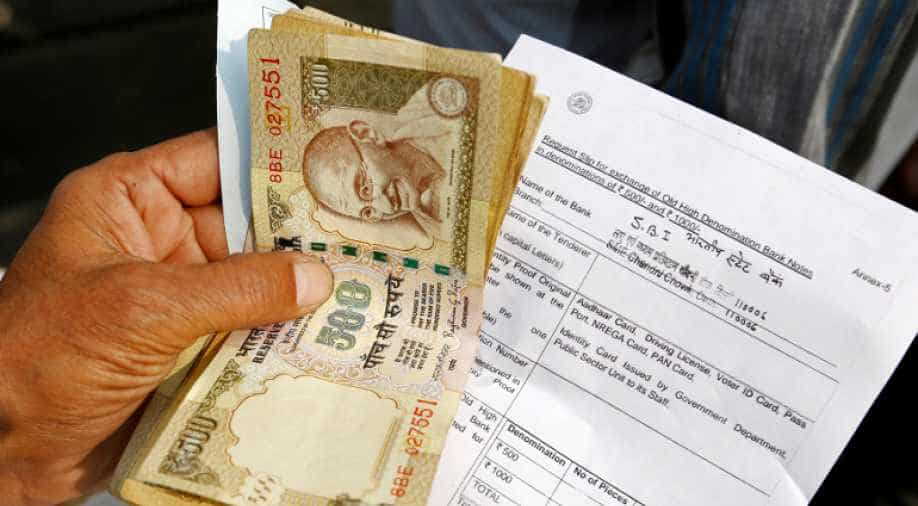 A person stands with his documents in a queue outside a bank as people wait to exchange old high denomination bank notes in Delhi. Photograph:( Reuters )

India's top court, the Supreme Court, refused to restrain high courts across the country from taking up cases relating to demonetisation, delivering yet another setback to the government.

The government had approached the top court for a stay on the proceedings of the high courts proceedings in demonetisation cases on the ground that the situation was "much better," PTI reported.

This failed to cut any ice with the top court which refused to stay the ongoing proceedings before the high courts on the grounds that people may get "immediate relief" from them.

"We don't want to stay it," a bench headed by Chief Justice T S Thakur said. "There are various issues. People may get immediate relief from the high courts."

The Centre had claimed that the scheme was a "success" since over Rs six lakh crores had already been deposited and about Rs 10 lakh crore was expected to come to the exchequer till December end.

The government's top law officer, Attorney General Mukul Rohatgi, also submitted to the apex court that queues in banks, ATMs, post offices had shortened remarkably and, if required, the time limit of depositing and exchanging the Rs 1,000 and Rs 500 old notes could be extended beyond December 30. He also said people had alternatives by way of digital money.

Rohatgi also told the court that demonetising high denomination currency notes of Rs 1000 and Rs 500 was a "move to remove 70 years of slush money" since they constituted 80 to 85 per cent of the legal tender.

"The money will be used in the economy and the lending rates will come down," the attorney general added.

But the bench was not impressed. It observed that people were seriously affected and doors of courts cannot be shut in a situation which "may lead to riots".

The setback to the government came in quick succession to the Supreme Court's November 18 ruling in which it had refused to stop high courts from admitting petitions challenging the government's notification of November 8 to demonetise the Rs 500 and Rs 1000 notes.

The bench only issued notices and sought the response of those who had approached high courts on the Centre's plea seeking transfer of the cases to the apex court or any one of the high courts, PTI reported.

Some of the issues which have come up before high courts included removing the weekly limit of Rs 24,000 on withdrawals, challenging the use of old currency notes of Rs 1,000 and Rs 500 at public utility centres like hospitals and petrol pumps and asking for direction to ensure sufficient cash in ATMs.